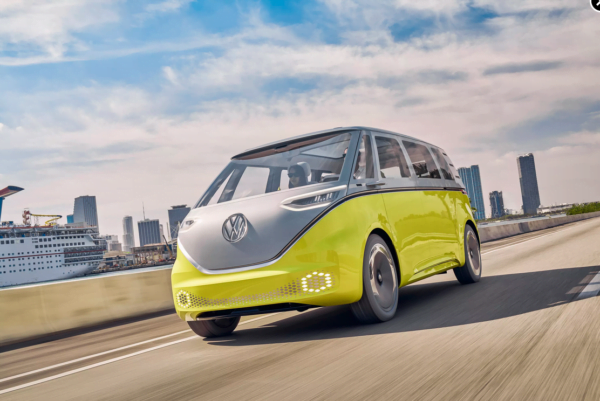 Volkswagen was called “Tesla’s most credible” rival by the Union Bank of Switzerland (UBS) in recent months, and according to a new report, an old concept car from the company may be entering center stage in the years to come.

CNET reported Monday that Volkswagen’s ID Buzz electric bus will land in the US by 2023 for the 2024 model year, according to a report from Car and Driver last Thursday. While Europe will be the first to receive deliveries of the classic car’s re-imagining, with both commercial and passenger versions of the bus, the US will only receive the passenger version of the electric vehicle (EV).

The report also mentions three different battery variants, though details on the different configurations are still unclear. At the very least, the EV’s base model will feature rear-wheel drive with 200 horsepower, before the company reveals a range-improved 300 hp edition of the vehicle.

Earlier this month, Deutsche Bank said that Volkswagen’s EV sales could surpass Tesla’s as soon as next year, given the success of its ID.3 and ID.4 EVs.

Volkswagen CEO Herbert Diess also recently told the press that he hopes his company will “get close and overtake Tesla,” regarding their position in the auto industry.