Jeep to Install EV Chargers at Off-Road Trails Throughout the U.S. 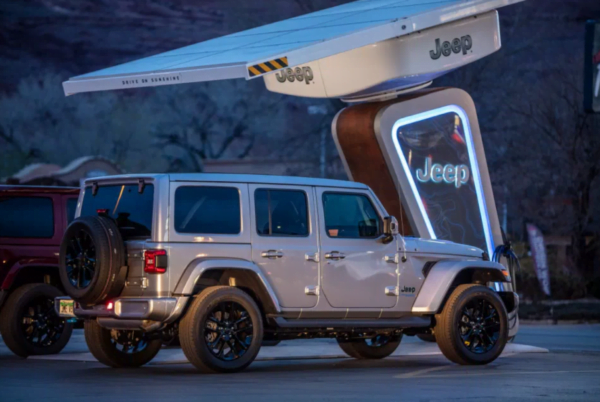 One of the biggest barriers to the mainstream adoption of electric vehicles (EVs) is the lack of charging infrastructure. However, in a new bid, Jeep is partnering with an EV charging station company to offer an increased charging network to customers who own a Jeep.

The first stations of the series are set for installation this spring in Moab, Utah, Big Bear, California, and Pollock Pines, California, all at Jeep Badge of Honor off-road trails over the next year.

The Jeep Wrangler 4xe offers 49 MPGe and 21 miles of range, with Jeep’s chargers taking about two hours to recharge the hybrid vehicle’s battery. The company says Jeep drivers will be able to charge their batteries for free using Jeep’s mobile app, with future EV models from the company also expected to be compatible with the charging stations.