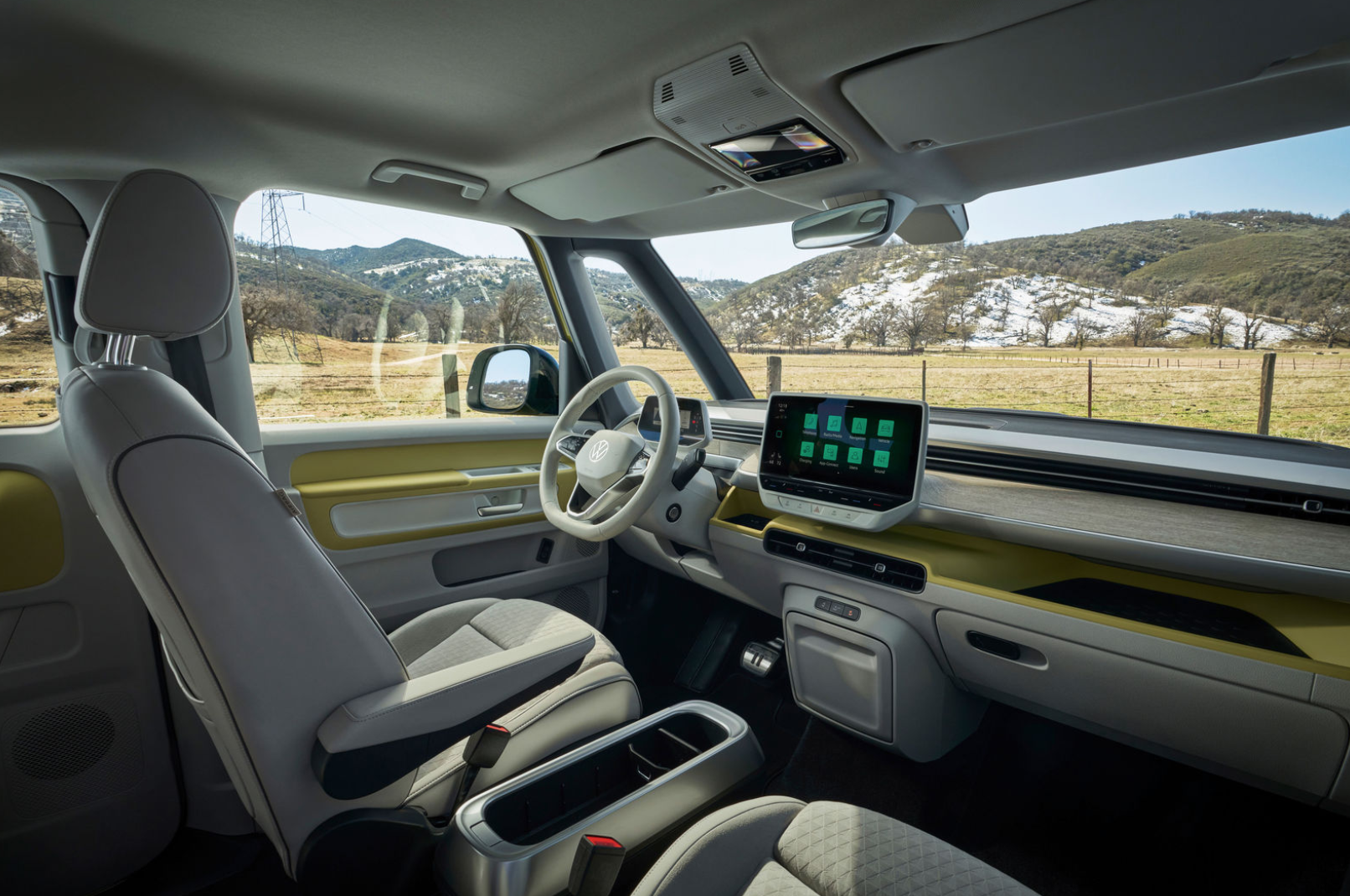 Pre-orders for Volkswagen’s ID Buzz began last month with a starting price of 64,581 euros ($69,078 USD), and now the company is beginning to share more details about the electric van’s interior. Volkswagen shared a few details about the ID Buzz’s interior in a press release on Wednesday, such as having up to eight USB-C […]
Peter McGuthrie
4 months ago 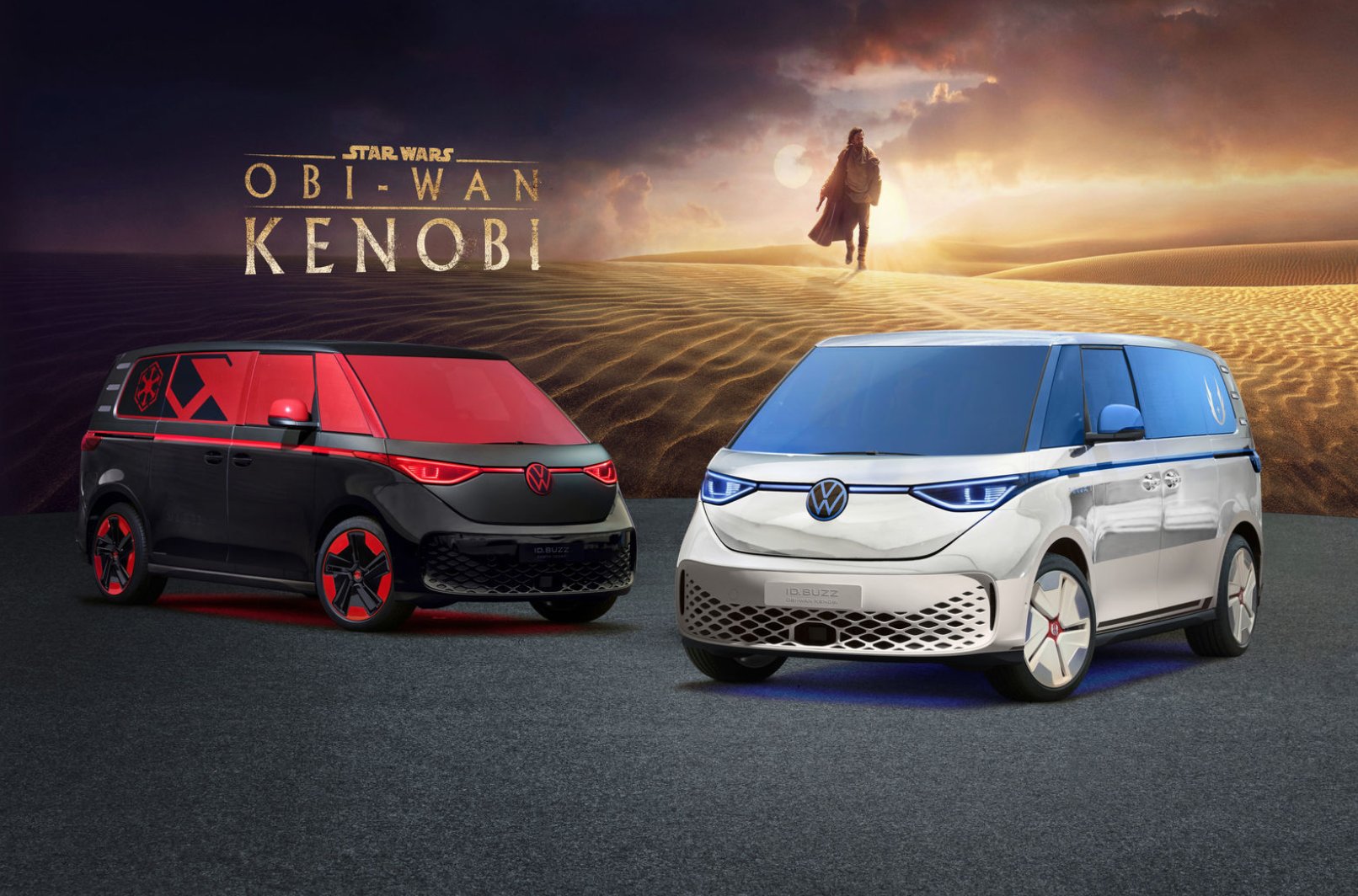 Volkswagen has unveiled a pair of “Obi-Wan Kenobi” inspired ID Buzz vehicles during a Star Wars event in Anaheim, California, as detailed over the weekend in a press release. The vehicles feature two different paint jobs, one of which is the “Dark Side Edition” in black and red, and the other of which is the […]
Peter McGuthrie
4 months ago 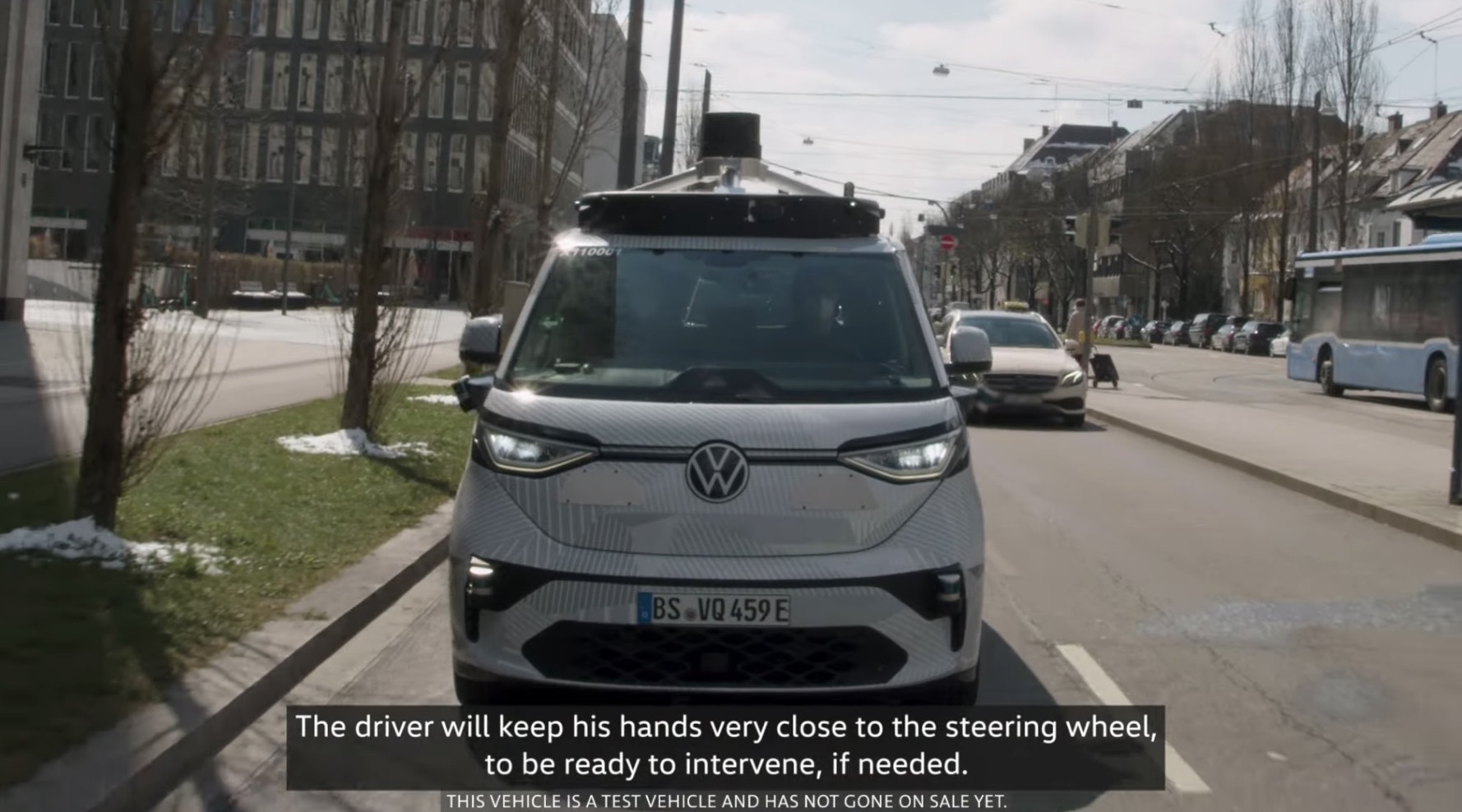 Following reports earlier this month saying that the Volkswagen ID Buzz would also be developed into an autonomous vehicle, the company’s top executive has taken the first ride in the driverless vehicle through a German city. Volkswagen’s CEO Herbert Diess took the ID Buzz around Munich for its first autonomous drive this week, according to […]
Peter McGuthrie
5 months ago 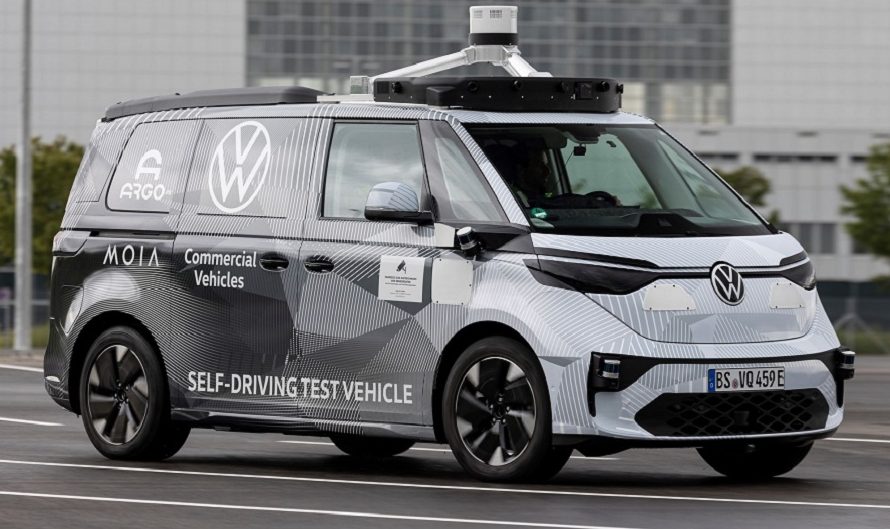 Volkswagen to Develop Self-Driving Taxi Based on ID Buzz

Following Volkswagen’s launch of the ID Buzz electric vehicle (EV), the automaker’s commercial units head has announced that the company is developing an EV to be used for self-driving taxi services. Volkswagen is planning a self-driving taxi with a “special purpose vehicle” based on its ID Buzz, according to Automotive News Europe. The vehicle will […]
Peter McGuthrie
6 months ago 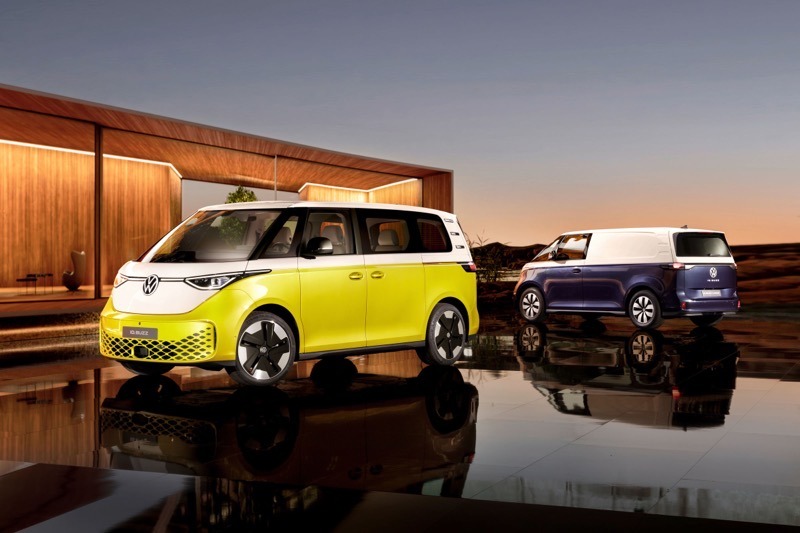 Volkswagen officially announced its new ID. Buzz and ID. Buzz Cargo on Wednesday, unveiling the new microbus for the world to see. The made in Germany ID. Buzz and Cargo can be charged at up to 170 kW speeds, has room for five people and 1,121 litres of luggage. The Cargo will have room to […]
Sarah Lee-Jones
7 months ago 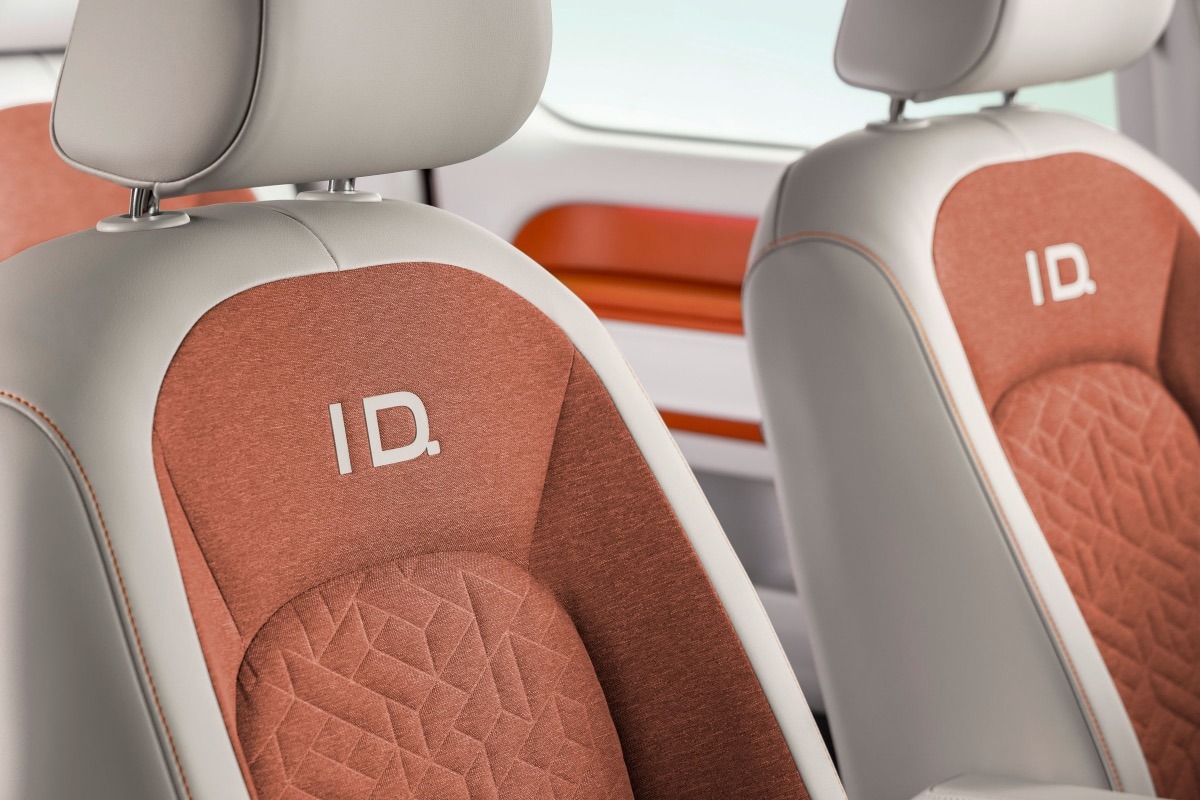 First looks at the electric Volkswagen ID Buzz were shared last month and new footage shows some of the first drives in a prototype of the vehicle. A pre-production Volkswagen ID Buzz was tested out and shared by Bjørn Nyland in a video on Sunday, showing off the vehicle’s driving experience and interior as Nyland […]
Peter McGuthrie
7 months ago 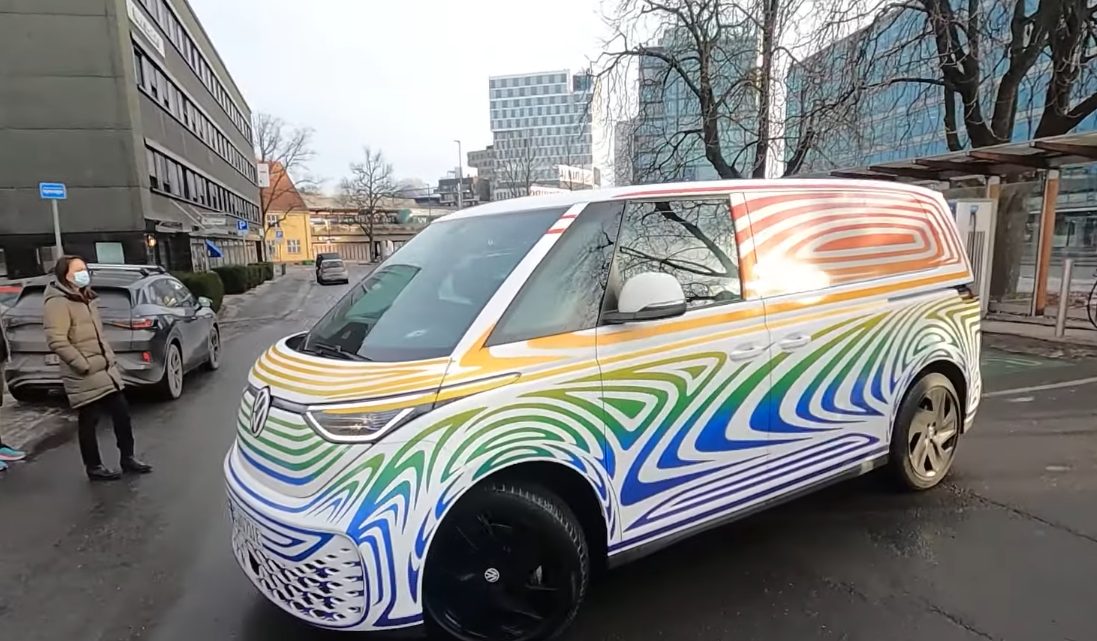 Volkswagen plans to reveal its electric ID Buzz van on March 9, but that isn’t stopping users from sharing their first looks at the vehicle. A series of photos of the VW ID Buzz electric van were shared on the VWidTalk Forum on Wednesday (via @klwtts), depicting the electric vehicle’s (EV’s) interior from front to […]
Peter McGuthrie
8 months ago 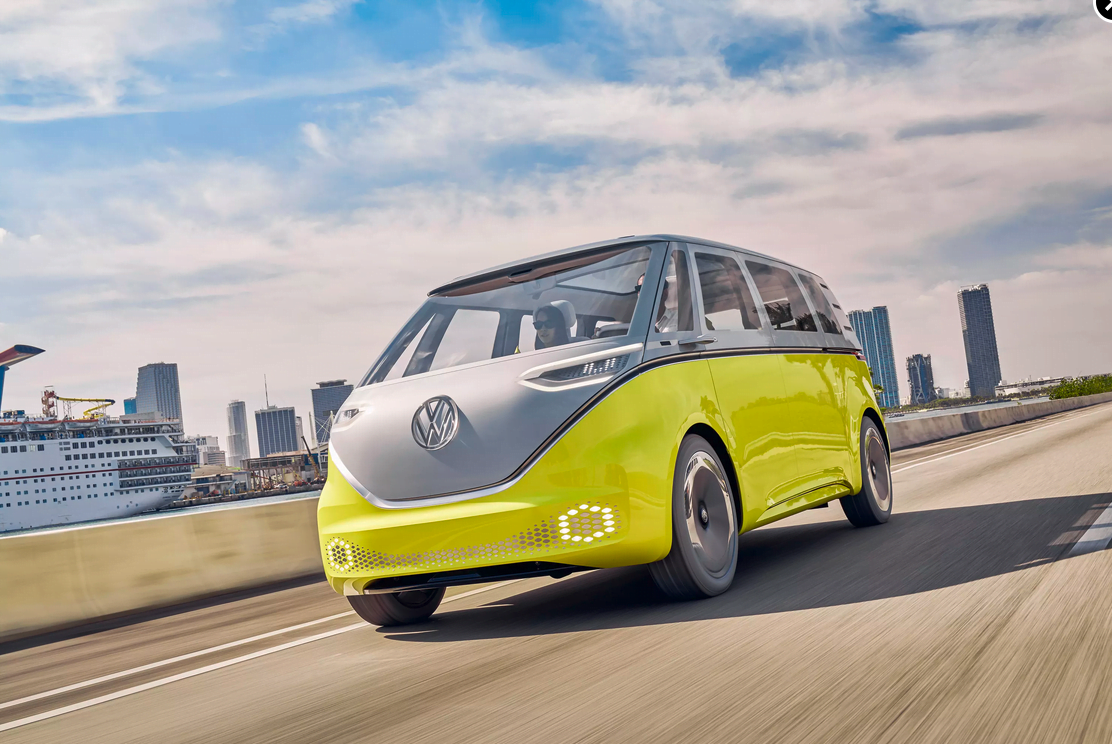 The Volkswagen ID Buzz electric vehicle (EV) is expected to hit U.S. markets in 2023, and as of this week, a reveal date for the concept has officially been shared with the public. Volkswagen is set to reveal the VW ID Buzz on March 9, according to a post from CEO @Herbert Diess on Thursday […]
Peter McGuthrie
9 months ago 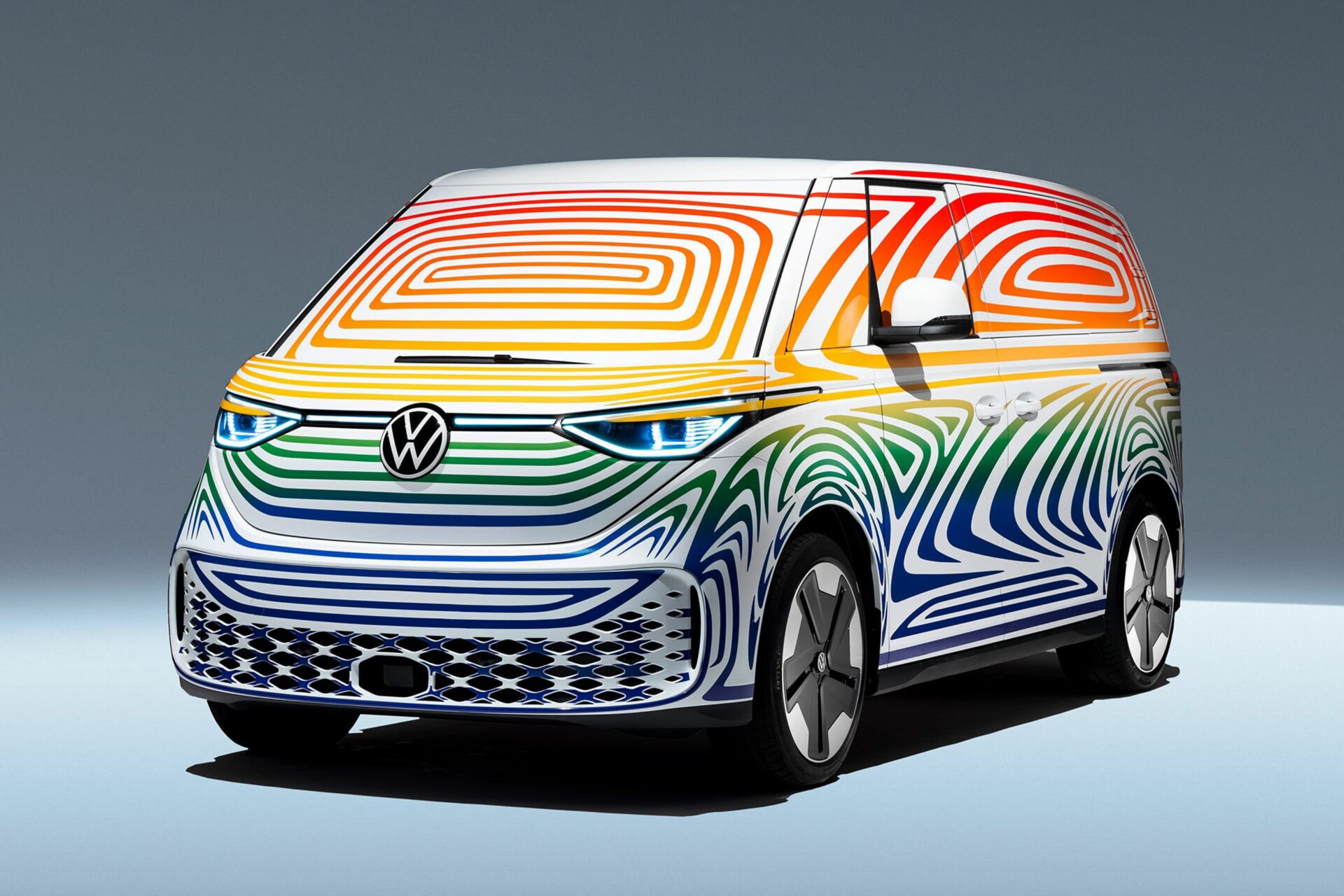 According to Roadshow by CNet, Volkswagen officially confirmed a camper version of its upcoming ID Buzz electric microbus in a press release dated Thursday, December 9. In the press release, Volkswagen announced investments in the electrification of its Hanover manufacturing plant, where it hopes to build Bentley bodies. The German automaker went on to reveal […]
Nehal Malik
10 months ago

Volkswagen was called “Tesla’s most credible” rival by the Union Bank of Switzerland (UBS) in recent months, and according to a new report, an old concept car from the company may be entering center stage in the years to come. CNET reported Monday that Volkswagen’s ID Buzz electric bus will land in the US by […]
Peter McGuthrie
1 year ago