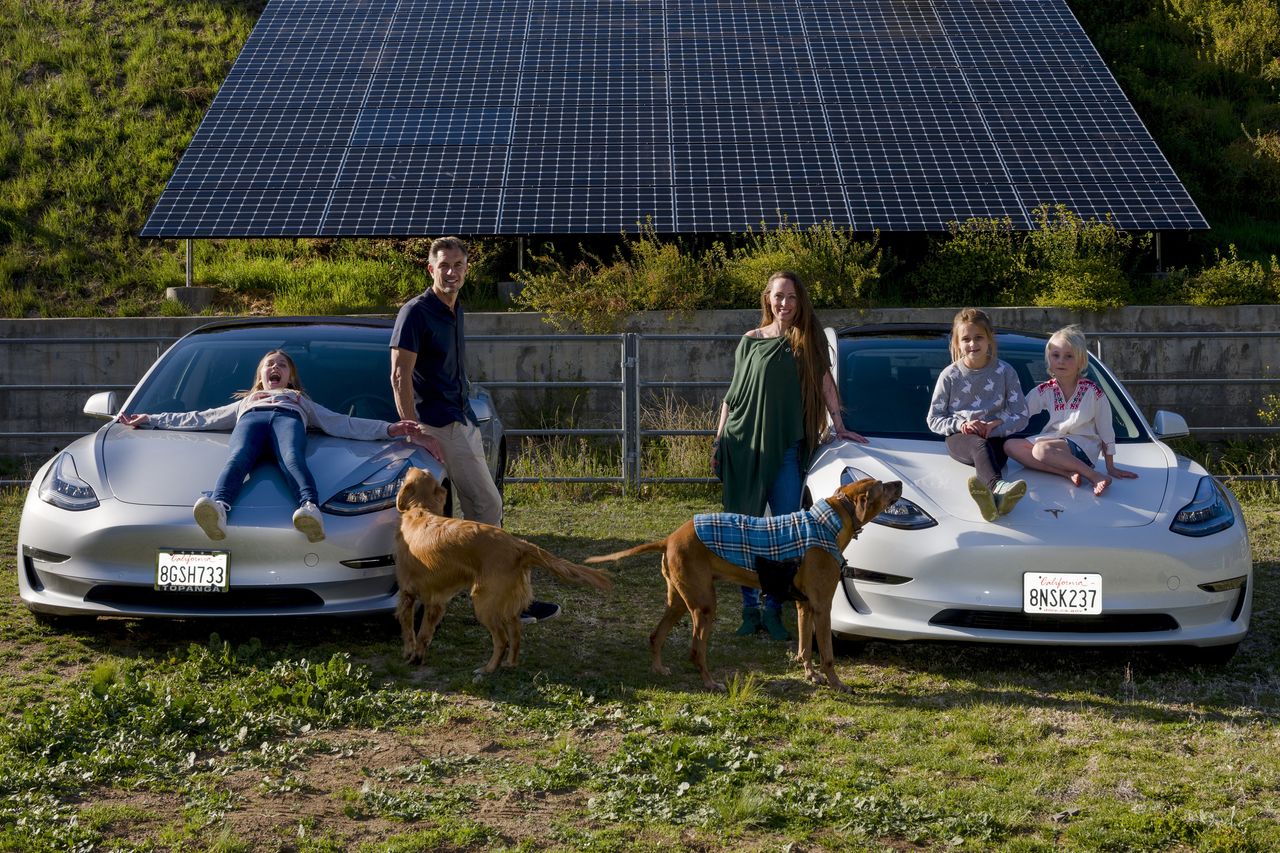 Image via the WSJ

In an interview with The Wall Street Journal, Los Angeles-based singer, songwriter, and guitar player with rock band 311, Nick Hexum, revealed that both he and his wife now drive a Tesla Model 3.

The pair have even put in a large solar array and two Tesla Powerwalls to have their entire house and their cars running on clean energy.

When it came to cars, Nick always “wanted killer performance”. A Mercedes E55 AMG, a BMW M5, an Audi S6 — the rockstar has driven a wide variety of gas-guzzling sports cars for the sheer performance they provide. So what made him switch over to a Tesla?

Fellow 311 member ‘P-Nut’ was apparently an early adopter of Tesla, purchasing a Tesla Roadster with a 311 serial number. The bass-player implored Hexum to get a Tesla.

“I decided to wait until the Model 3 came out because it was the size I wanted and it was cheaper than some of the cars I had been driving”, said Hexum. Naturally, the guitar player opted for the Model 3 Performance.

Here’s what made Hexum part of the EV revolution, in his own words:

“When I got my Model 3 Performance version two years ago, I thought it was the best-performing car I had driven, and to have a $60,000 car that smoked some of the more expensive cars I had owned was a win-win. Because it is fully electric, there is this smooth acceleration—the car has no gears, it just goes — that feels like you’re launching into hyperspace. You’re going from zero to 60 mph in about 3.5 seconds. At the same time, it is completely quiet.”

Hexum also expressed how much of a godsend Autopilot is, allowing him to simply keep his hands on the wheel while his car does the driving for him.

The 311 guitarist went on to proclaim himself an “Elon Musk fanboy”.

WSJ asked me to be in their My Rides column. No sponsorship or anything like that. But I would take a hat if he wants to send me one. #IWasToldThereWillBeHatsElon

Hexum also clarified on Twitter the story was not sponsored in any way, rather the WSJ asked him to be featured in the My Rides column.