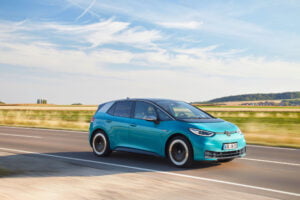 Volkswagen has major plans to shift towards electric vehicles (EVs), and despite not having a full line of EVs yet, the company is already playing a major role in the European market’s move to sustainable transportation.

For February 2021, the small VW e-UP! EV was the top seller in Germany, followed by the Tesla Model 3, which outsold the VW ID.3. 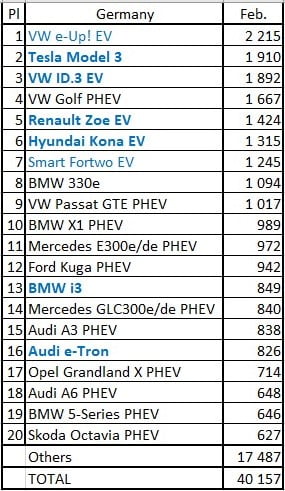 The top three selling models for the year, in all brands, are VW’s ID.3 EV, e-Up!, and Golf PHEV models, with the Passat GTE PHEV and the e-Golf EV landing further down the year’s top 20 list.

The inclusion of the compact EVs, in this case, Volkswagen’s e-Up!, is also echoed in the Chinese EV market where the tiny Wuling HongGuang Mini EV is outperforming competitors with its micro size and price tags.

And if Volkswagen isn’t already holding off its competition enough, it announced plans to build six battery factories throughout Europe, rivaling Tesla’s Gigafactory Berlin which is currently being built.

Volkswagen’s CEO on Tuesday said the company wants to meet and surpass Tesla, and has no plans to partner together.

Stay tuned for sales numbers as we continue to make our way through 2021, it’s going to get interesting.

Volkswagen Wants to ‘Get Close and Overtake’ Tesla, Says CEO