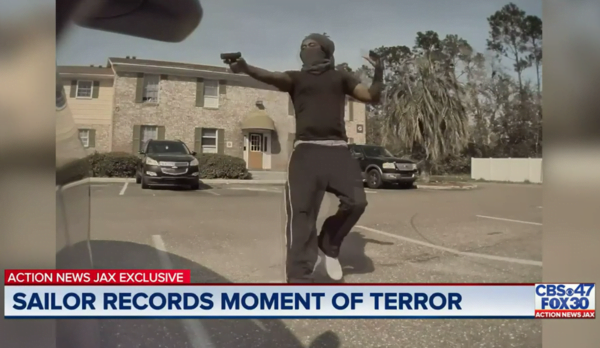 On Tuesday, Action News Jax reported on an attempted Tesla carjacking in Jacksonville, Florida, which took place while the owner was sitting in his car, before driving away to evade the thief.

Draper Younce, a Navy sailor of 15 years and the owner of the Tesla Model 3, was picking up a friend when a gunman approached the vehicle to steal it. When Younce saw the man attempt to grab the door handle, he accelerated away, capturing the whole encounter on his Tesla’s driver side door camera.

When asked about the encounter, Younce told reporters, “He immediately said, ‘Get out of the car, get out of the car, I am taking your car’ … I saw my opportunity to escape, and I ducked to the right. I accelerated as hard as I could.”

Tesla CEO personally responded to Younce on Twitter, with an emphatic, “Wow!”.

One bullet was fired into the driver’s side door, narrowly missing Younce. After the encounter, Younce honked his horn, a Tesla feature that saves video footage, and turned the footage into police.

Commenters on the thread speculated as to why anyone would even try stealing a Tesla, since owners can simply use their phones to lock the thieves out, limit driving speeds, and even track their vehicle’s locations, without even mentioning the vehicle’s cameras.

Last summer, a Tesla in Sentry Mode helped the owner and police relocate a Porsche 964 911 Carrera 2 which had been broken into, rolled away, and stolen in under 24 hours.