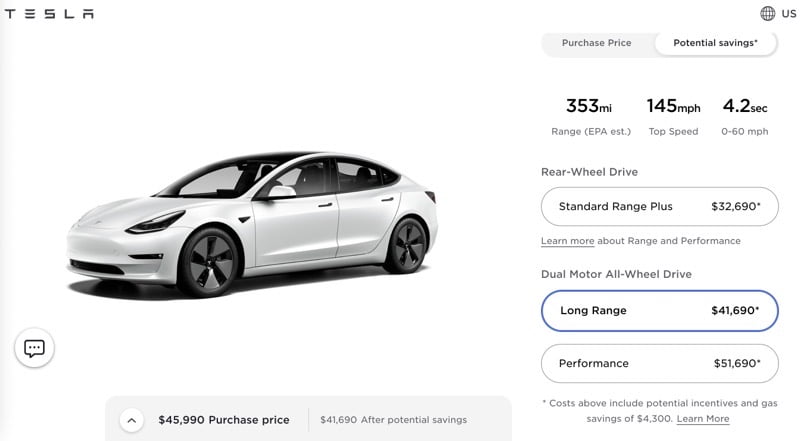 Tesla keeps changing up its prices, so let’s try to keep up here. The company has now also reduced the price of the Model 3 Long Range by $1,000 USD. Here’s where we stand now:

Tesla last week also dropped the price of the Model Y Standard Range by $2,000 USD. Then, last night, Tesla axed the Standard Range from its website, in an odd move.

Nevertheless, it appears prices are falling ahead of what many believe will be a new federal  EV tax credits in the U.S., up to $7,000 USD from President Biden’s administration.