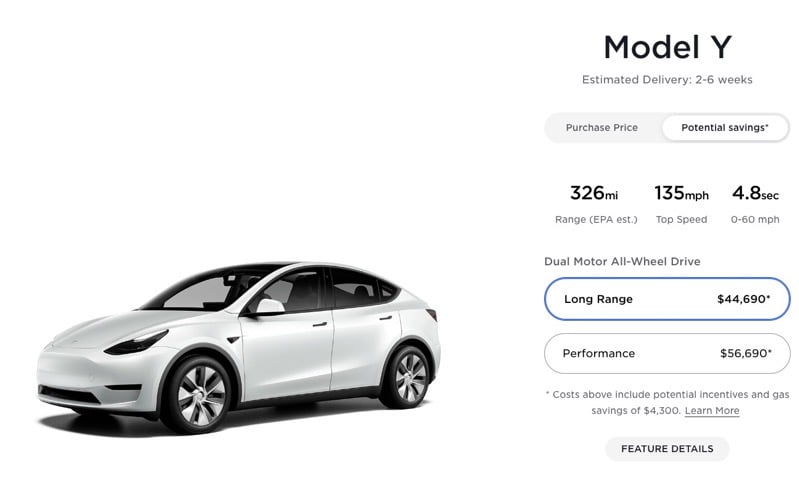 It’s unclear why Tesla removed the entry Standard Range RWD, which was the most affordable Model Y yet.

Just three days ago, Tesla lowered the price of the entry Standard Range by $2,000 USD, to start at $39,990 USD. It’s unclear if this was a website error, or a permanent move. It doesn’t make sense to have a price drop, then remove the vehicle in question days later?

But for now, the Standard Range RWD Model Y is not available on Tesla.com and is also missing from the Canadian configurator as well.

Tesla’s Gigafactory Texas is reportedly aiming for 75,000 units of the Model Y in the first quarter of 2023, according to an unnamed source who shared the information with electrek. The figure equates to more than 5,000 units per week at the site for the entire quarter, marking a significant production increase from the 1,000 […]
Peter McGuthrie
1 hour ago