Tesla to Get $1 Billion Euros in Subsidies from German Government: Report 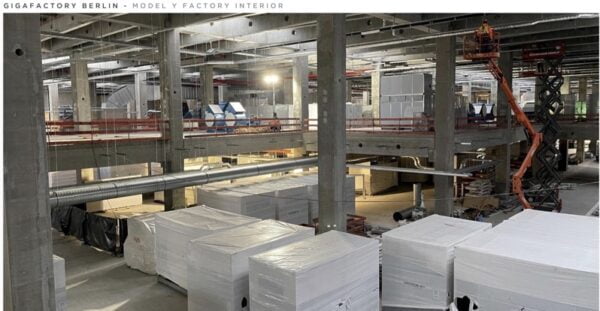 A new European effort to manufacture cell batteries was announced last month, and zero-emissions car companies may stand to benefit greatly from the initiative.

Tesla may receive up to 1 billion euros ($1.2 billion USD) of public funding from Germany to build a battery cell factory near Berlin, as reported by Business Insider (via Reuters).

“Business Insider quoted German government sources as saying Tesla would get subsidies of more than 1 billion euros from the federal government and the regional state of Brandenburg, where the Tesla factory is being built,” reports Reuters.

Other companies, including BMW, are also receiving the subsidy to support the production of batteries for electric vehicles (EVs), in an attempt for Germany to compete with China’s for space in the EV battery market.

€2,9bn public money crowding in €9bn for massive innovation in battery value chain – make it more sustainable. Risks can be too big for one MS/one company to take alone. Good that European governments come together to support! Benefits for the many when new knowledge is shared.

The European Union’s (EU’s) European Battery Innovation project, which approves over 2.9 billion euros ($3.5 billion USD) for use in constructing battery cell production facilities, will be allocated across 42 total companies in several countries across Europe.

Tesla has already announced hiring campaigns for its Berlin cell production team, though it isn’t clear when the company’s cell production facility will be up and running, as of yet. It’s also not clear exactly how much funding Tesla will receive, according to a spokesperson for Germany’s ministry of economy.

In any case, the effort is the latest attempt to help Europe point towards a zero-emission future, which will be partially fueled by the current Gigafactory being built by Tesla in Brandenburg.

A Tesla Model 3 with a camouflage cover on the front and rear was recently spotted at a parking space in Santa Cruz, California (via @omg_tesla). What’s going on here? @klwtts @WholeMarsBlog @teslaownersSV pic.twitter.com/uFpxcsVh4D — omg_Tesla/Rivian (@omg_tesla) December 3, 2022 The electric vehicle (EV) seemed to have factory plates, indicating that it is part of […]
Nehal Malik
2 hours ago