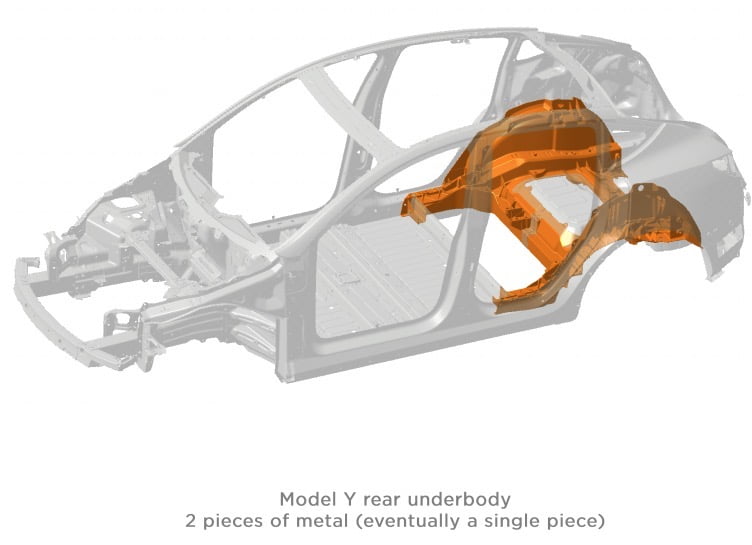 During Tesla’s Q1 2020 update, the company shared how its Model Y rear underbody was currently made from two pieces of metal, but would “eventually” become a single piece, thanks to a casting production process.

For Tesla’s Model 3 rear underbody, construction of this area requires 70 pieces of metal. But with a Giga Press, Tesla will be able to minimize this down to a single piece, saving time and money during the production process. 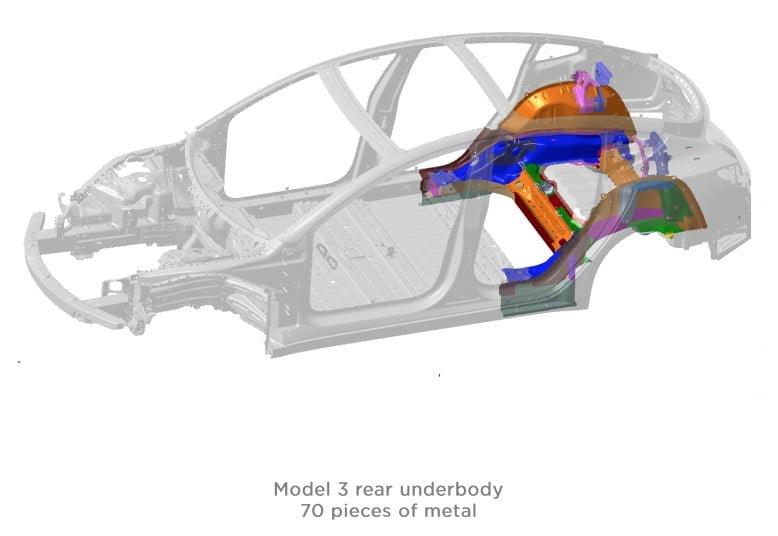 This was thanks to the huge casting machines the company had purchased, to simplify manufacturing of the Model Y. Tesla also designed its own alloy for Model Y single-piece rear casting, and now we’re finally seeing this new piece in the wild, spotted in the United States.

Tony Pham, the founder of the Quick Bandit license plate mount, recently shared an image of his Model Y with single-piece rear casting, made from Tesla’s Fremont, California, factory. This Model Y has VIN 97,000 and was delivered on December 23, 2020. He was installing a rear kick sensor for his Model Y, hence the removal of parts in the trunk. 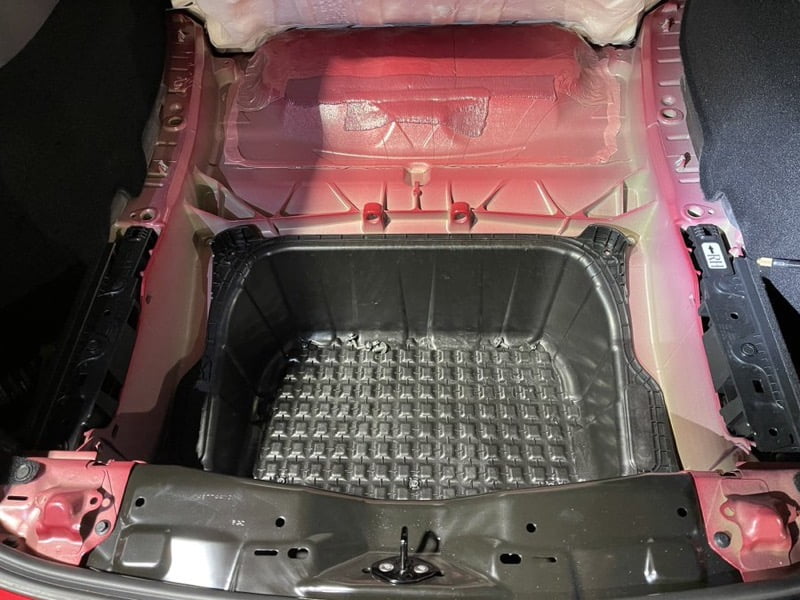 You can see the picture below showing a Model Y with two pieces, as there’s a connecting plate in the middle. But the image shared by Pham does not. 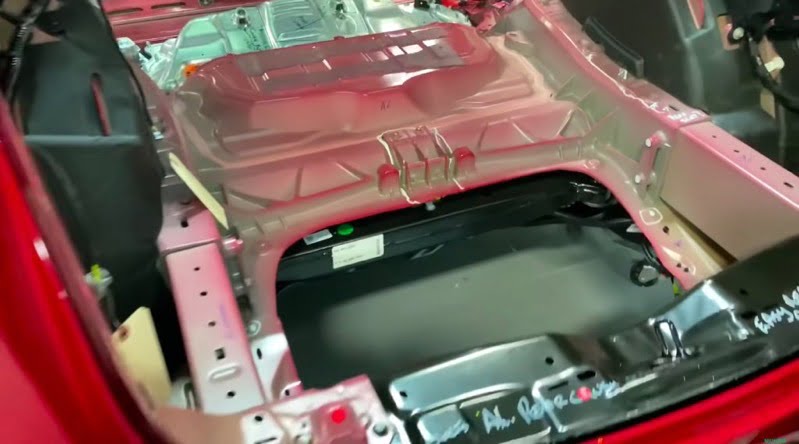 Pham checked the front of his Model Y and noted “no front megacasting spotted here”, so that means for now, single-piece casting is only for the rear of the SUV. A previous report noted the Model Y would implement a single-piece front casting starting at Giga Berlin.

How do you repair a Tesla Model Y with a single-piece rear casting? According to Musk in October, he said: “The crash absorption rails can be cut off [and] replaced with a bolted part for collision repair.”