Usmaan Ahmad was driving down the road in Frisco, Texas, before hearing what sounded like the dropping “of an axle on a normal car.” The problem with this sound? The vehicle was still intact, though Ahmad still decided to stop and get out. What happened next was almost unbelievable.

“This was shooting out like a flamethrower,” Ahmad said, explaining that flames immediately burst forth after he exited the vehicle, in an interview with The Washington Post. The flames were particularly concentrated around the passenger-side wheel.

New from me: A Tesla Model S erupted “like a framethrower.” NHTSA is evaluating the fire, which renewed old concerns about the sedan that has been blamed in at least a dozen similar incidents. Photos, video and interview w driver Usmaan Ahmad here https://t.co/NFAn3gnDw4

The Model S echoes cries from a number of similar stories brought forth by the National Highway Traffic Safety Administration (NHTSA), which has opened an investigation into Ahmad’s vehicle, as part of a larger query into aging Model S and X units, many of which are at apparently at risk of bursting into flames like Ahmad’s did.

Tesla has seen a number of recalls from the NHTSA this year, and while its cars are considered by many to be some of the safest on the road, other EV fires have added fuel to the argument that the fire risk is too great.

GM recalled over 50,000 Chevrolet Bolts this year over potential fire risk from the vehicle’s battery pack.

According to the National Fire Protection Association data for 2019, there were 189,500 highway vehicle fires in the United States.

While the investigation into Ahmad’s Model S fire is ongoing, Keith Gall, battalion chief of administrative services for the Frisco Fire Department, said the fire was concluded as “unintentional”, but did not go into further detail with the Post. 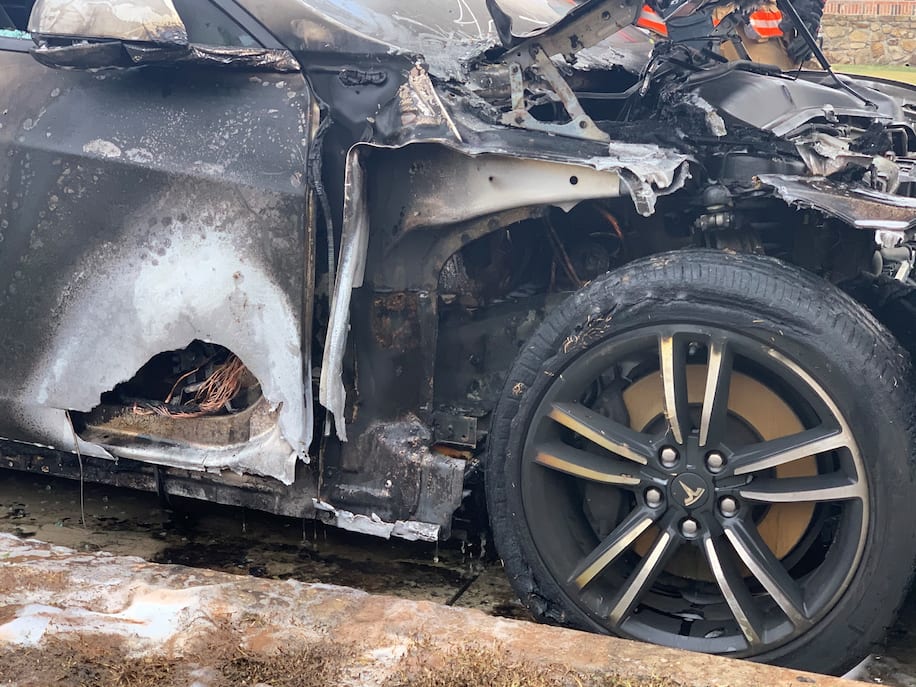 Tesla has previously said its vehicles are 10 times less likely to combust when compared to traditional gas cars, based on National Fire Protection Association and U.S. Federal Highway Administration data. In 2018, Tesla said its cars had 5 fires per billion miles travelled, versus other cars at 55 fires per billion miles traveled in the United States.

The Washington Post story almost has the feels of a hit piece against Tesla and the electric vehicle industry. The facts are the investigation is still ongoing and based on data from Tesla, its vehicles are still some of the safest on the road today, especially when Autopilot is taken into consideration as well.