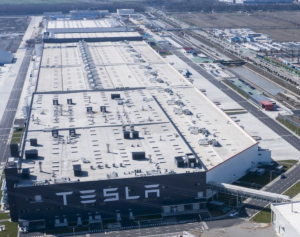 After Gigafactory Shanghai increased production shifts following the Chinese national holiday, Tesla was apparently really productive. Breaking record deliveries in the month directly following the move, the company has reached an impressive production turnout, just a half a year after the facility was completed.

In November, Tesla Shanghai registered a record-breaking 21,604 vehicles to its customers, as reported by Tesmanian. The number marks a 78% increase month over month from October, in which the company sold a total of 12,143 vehicles.

According to Tesla, the Shanghai factory plans to deliver as many as 300,000 Model 3s in 2021, with a production capacity of 250,000 Model Ys. At some point, Tesla will have completed its Giga Berlin construction, freeing up Giga Shanghai to produce an extra 7,000 vehicles for its own market, rather than exporting them. By that point, Tesla will have a chance to actually keep up with high demand in China for its electric vehicles (EVs).

There is a rumor that Giga Shanghai will produce only 280K Teslas next year. This is obviously wrong if they meant Model 3+Y but it'd be correct if they meant just the Model 3.

Anyway, here are my estimates for 2021. I would expect less than 10% error.https://t.co/xUISwYpots pic.twitter.com/RQFie4D4jH

While China is considered Tesla’s most important market, partially because of the size of the country, its demand has grown across the world too. It has become one of the most coveted car lineups worldwide and is still the only automaker with a full line of EVs on the road. In any case, I don’t think we’ll be seeing Tesla’s momentum slow down any time soon.