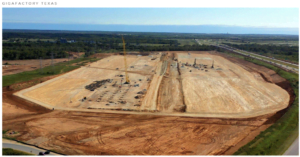 Tesla is currently building factories in Berlin and Austin, on top of its already-completed factories in Shanghai, Fremont, and Reno – and more are likely to come upon completion of the current two in progress.

Now, Executive Director of the Austin Regional Manufacturers Association Ed Latson has claimed that Tesla’s new Giga and Tera factories in Texas could create up to 15,000 jobs, far exceeding the company’s previous claims of creating 9,000 jobs in the southern US state, according to the Austin Business Journal (via Teslarati).

The estimate is based on Latson’s evaluation of the factory’s scope, as well as the latter onslaught of supply companies that Tesla was expected to bring in after its completion.

On the role of suppliers coming in after the completion of Tesla’s factory, Latson said, “That’s where the major multiplier effect of their impact is going to happen.” He continued, “They have a reputation of wanting their suppliers close to them, and they’re going to make that request for critical suppliers. So, I wouldn’t be shocked if we had 50-plus companies move here to support this facility. My hope is that those 50 come but that they also find another 50 that are already here.”

Gigafactory Texas is expected to be substantially-complete and delivering vehicles by May 2021. Until then, we await the new factory, more US deliveries, as well as the highly-anticipated Cybertruck, set to release upon completion of the factory.