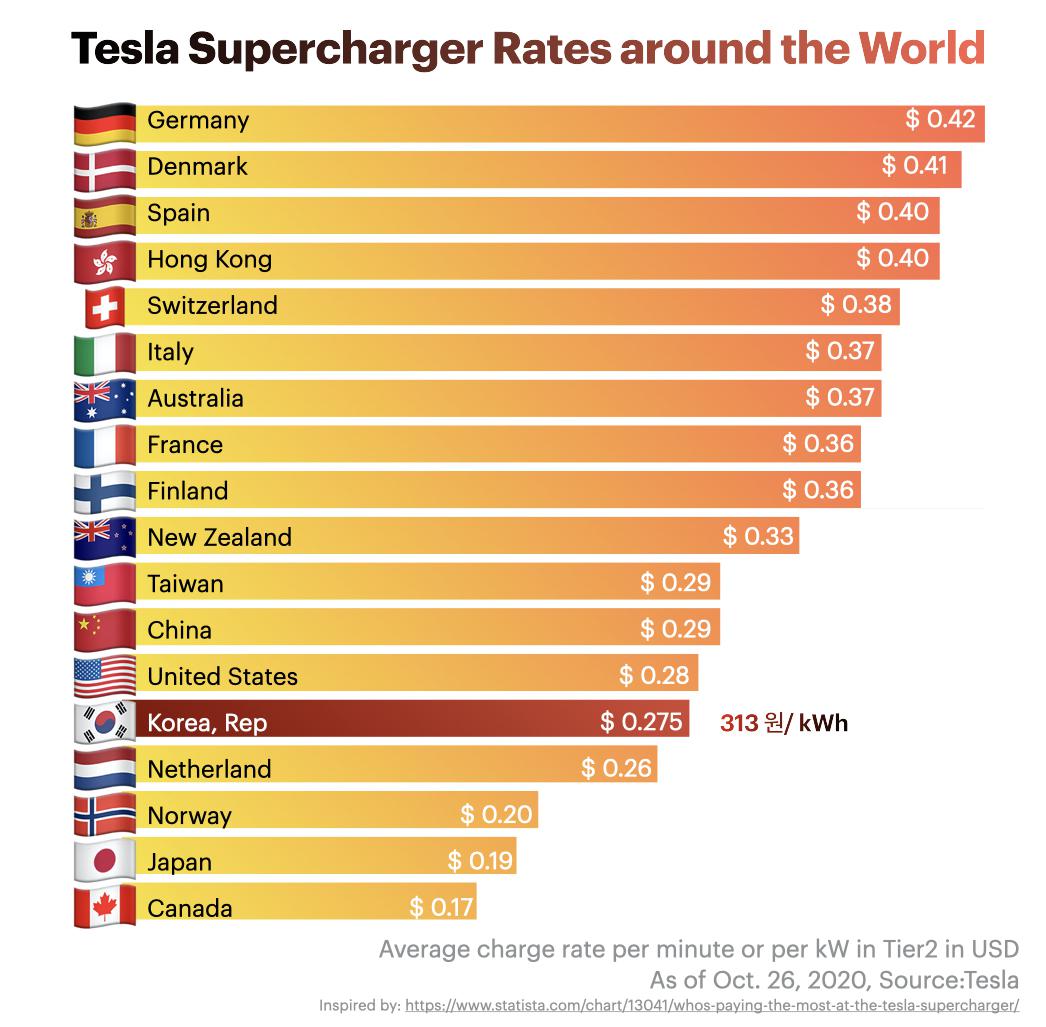 Tesla Supercharging has now become available in South Korea, with V2 rates of $0.275 per kWh, according to a post shared on Reddit. The post, shared by user u/southcongresser, depicts a number of different countries with varying charge rates, based on information from Tesla.

While the graphic says Tier 2 in USD, it’s actually supposed to read Tier 1, according to the creator. The image also is missing charging rates for the UK.

At the top of the list, with the most expensive Tesla Supercharger rates, Germany lands at $0.42 per kWh, just about Denmark at $0.41 per kWh. Also included on the list in order of most expensive to least expensive are Spain, Hong Kong, Switzerland, Italy, Australia, France, Finland, New Zealand, Taiwan, China, the US, Netherlands, Norway, Japan, and Canada.

Canada has the least expensive Supercharging rates in the world at $0.17 per kWh, with the United States Supercharging average rate landing at $0.28 per kWh.

With Supercharger V3 chargers launching around the world, the V2 will soon no longer be the standard. Tesla has been building significant amounts of showrooms, service centers, Superchargers, and factories around the world, and with impressive momentum continuing throughout 2020 despite the pandemic, the growth isn’t likely to slow down any time soon.

While Supercharging rates are largely fairly affordable, especially compared to conventional gas, it’s unclear whether their rates will largely stay the same through the transition to sustainable transportation. Still, the charging infrastructure is largely new, and has a long way to go before it becomes standard.