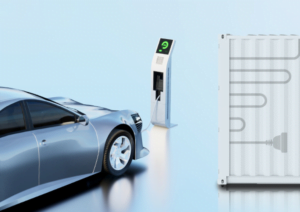 After a record-breaking Q3, it’s only expected that global electric vehicle (EV) battery supplier, LG Chem Ltd, would be looking to start making some moves.

On Wednesday, EV battery manufacturer for Tesla and a number of other EV companies, announced plans to triple production capacity for its cylindrical EV batteries, according to Yahoo Finance. The company has also discussed expansion into Europe and North America from its South Korea base, in order to catch up to global demand for its batteries.

The company not only supplies EV batteries to Tesla, but it also works with General Motors, Volkswagen, and Hyundai Motor as well.

LG Chem told reporters, “Sales are continuously expected to grow thanks to greater shipments of automotive batteries and cylindrical batteries for EVs.”

The news comes shortly after Tesla’s Battery Day event, at which CEO Elon Musk announced the company would be building its own lithium-mining plant, Terafactory Texas, and would eventually build its own battery, called the 4680 tab-less battery cell and set to increase range by 16%.

Until then, LG Chem Ltd is set to supply Tesla’s batteries for them, and they’ll likely remain the world’s largest EV battery supplier even after Tesla begins making its own.