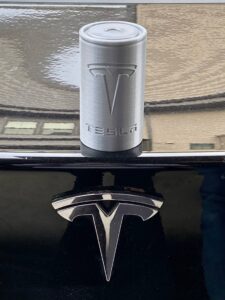 According to a report from Reuters, Tesla has struck a deal to acquire ATW Automation, a German manufacturer of production lines, mostly for battery packs and battery modules for the automotive industry. The report cites an individual privy to the details of this agreement as the source of the information.

ATW Automation, a subsidiary of Canada’s ATS Automation Tooling Systems Inc., was reported by the German media as being in dire straits — financially — in September. Largely due to a lack of contracts and orders, the company was facing dissolution.

That was, until September 25, when its parent company announced that select assets and employees of one of its German outfits had been purchased by a third-party. ATS Inc. did not reveal the name of its angel buyer during the announcement, and they were not receptive to inquiries on the matter either.

A source with allegedly intimate details of this deal has stated that the mystery buyer is none other than Tesla – the EV giant that is knuckles deep in cutting-edge battery technology at the moment.

Located in western Germany, ATW Automation employs approximately 120 people and specializes in production lines for battery packs and modules for vehicles, which it has created over twenty of for international vehicle manufacturers.

Tesla is hyper-aware of the need for bigger and better batteries for electric vehicles — such as the ones the upcoming Cybertruck and Semi will need. Therefore, the manufacturer is looking to quickly expand its battery-manufacturing operations.

For a company that is developing a dedicated battery plant at its work-in-progress Berlin site and has explicitly detailed its plans to create better batteries using more efficient processes at its most recent event for shareholders, a manufacturer of automated battery assembly lines is a befitting pickup.

Tesla CEO Elon Musk said on Saturday that the company has successfully completed its first 500-mile test drive of a Semi truck with a full load. With its haul, Musk noted that the vehicle weighed in at a whopping 81,000 lbs (or 40.5 tons). Tesla team just completed a 500 mile drive with a Tesla […]
Nehal Malik
2 hours ago

In a recently published YouTube video, Brad Sloan gives us a high-fidelity aerial tour of Tesla’s Gigafactory in Austin, Texas, on the morning of Friday, November 25. While most of the workers had the day off for Thanksgiving, some contractors can still be spotted on the site. A fair amount of ready-to-deliver Model Y units […]
Nehal Malik
20 hours ago