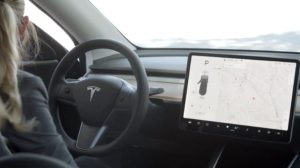 Tuesday, Michigan legislators are expected to vote on a proposed bill that would make Tesla the exclusive electric vehicle dealers in Michigan, as reported by Yahoo Finance. This would mean newer EV companies like Amazon-backed Rivian and Lucid Motors would be prohibited from selling and servicing cars in the state.

“This is a bullseye on Rivian and Lucid and any EV manufacturer that would come in after Tesla does,” Chen told lawmakers.

The bill was created in response to a 2016 lawsuit filed by Tesla. Tesla’s case was against Michigan car manufacturers Ford, General Motors (GM), and Fiat, who had previously lobbied for an “anti-Tesla law,” which would have prohibited the EV maker from selling cars in the state.

Tesla folks – While Michigan has grudgingly allowed Tesla to kind of operate (see note) in the state, they're doing their best to stop other EV manufacturers from coming in.

Please spread the word that this is NOT okay. These games need to stop. pic.twitter.com/iyIDWtdkBu

If the proposed bill passes, it would put Tesla in an incredible position in the market, though after the fraud claims and ultimate stepping down of Nikola Motors founder Trevor Milton, perhaps the state of Michigan just doesn’t feel they can be too careful.

In addition to companies like Rivian and Lucid Motors making EVs, Michigan-based Ford and GM have both begun hinting at their own upcoming EVs lately. With the companies’ own interests and influence in mind, it almost makes sense that a law prohibiting newer companies from sales would be in order.