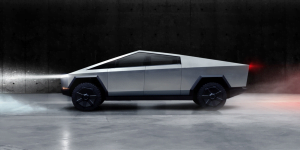 Tesla (TSLA) fans, no need to dismay over the company being snubbed by the S&P 500 index committee just yet – hope isn’t lost for the electric vehicle (EV) giant’s inclusion.

As reported by Reuters, Tesla could still be included in the S&P 500, especially with any merger activity, which is historically what causes most companies to leave the index. If companies currently included on the index merge with outside companies and leave the index, this would open room for Tesla to be included, and the move could happen at any time.

While Tesla’s exclusion from the S&P Index did seem to harm the EV companies shares last week, causing an almost 15% drop in investments, the company has already begun to bounce back, with multiple experts now claiming that this isn’t the end for Tesla’s run.

Tim Ghriskey, Inverness Counsel chief investment strategist, told reporters, “It will go into the S&P. There’s no way it cannot at some point.” He continued, “Maybe it’s in the penalty box right now while they just assess the situation.”

In spite of the exclusion, Tesla is expected by most to someday be added to the index. And with Battery Day coming up later this month and the Cybertruck on its way early next year, CEO Elon Musk and the rest of the company don’t seem particularly concerned about the snub.

Tesla’s Model 3, Y and S units make up a market share of 26.33 percent of the electric vehicles (EVs) in Denmark, according to data shared by the Danish car imports trade association De Danske Bilimportører (via @Tesla Club Danmark). Out of a total of 105,379 EVs on Denmark’s roads, the data shows that Tesla’s […]
Peter McGuthrie
2 hours ago

As electric vehicles (EVs) continue to gain steam across worldwide markets, one European country known for early adoption of zero-tailpipe-emission vehicles has just reached a new record for single-day deliveries from Tesla. Tesla set a new daily record with 297 vehicles delivered to Norway in one day, as pointed out on Tuesday by @Mathias Føns. […]
Peter McGuthrie
3 hours ago

Tesla adjusted its Supercharger pricing in Germany and some other European countries again, this time raising prices by six to nine cents per kilowatt-hour at each station, reports @Tesla_Adri, sharing screenshots from @ModelXOlli. Along with the news, Tesla Adri also shared screenshots of the Hilden Supercharger preview on the Tesla mobile app before and after […]
Peter McGuthrie
4 hours ago