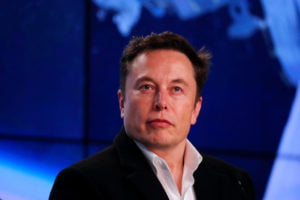 It’s been a while since Tesla Inc. provided the public with statements about some of their upcoming vehicles. Sure, there are plenty of stories about the Model Y and the Cybertruck. However, other upcoming Tesla products such as Tesla Semi and the new Tesla Roadster receive far less attention. As one person on Twitter noticed the lack of updates, they asked Tesla CEO Elon Musk to provide an update.

Not entirely surprising, Musk responded to the request for an update on Semi and the new Roadster. In the tweet, @DMC_Ryan asks “You’ve been exceptionally quiet about Semi and Roadster for a while. Any updates on those?” In response, Musk said, “Sure, we can probably do an update later this year.”

Sure, we can probably do an update later this year

Of course, Tesla Inc. has a lot on its plate for the rest of 2020. However, recent photos and sightings of Tesla Semis lead many to believe that the vehicle remains in production and testing. An update from the company might provide some much-needed insight into the current state of the vehicle.

As far as the new Roadster goes, even less is known. The 2020 Roadster from Tesla claims to add some new, updated features to the original design. With Model Y deliveries underway and the Cybertruck Factory location being selected, it’s reasonable to expect an update on other launches later on in the year.

Tesla has announced its production and delivery numbers for Q3 2022. The company said it produced over 365,000 cars and delivered a record 343,830 vehicles in the third quarter. “Historically, our delivery volumes have skewed towards the end of each quarter due to regional batch building of cars. As our production volumes continue to grow, […]
Sarah Lee-Jones
20 hours ago