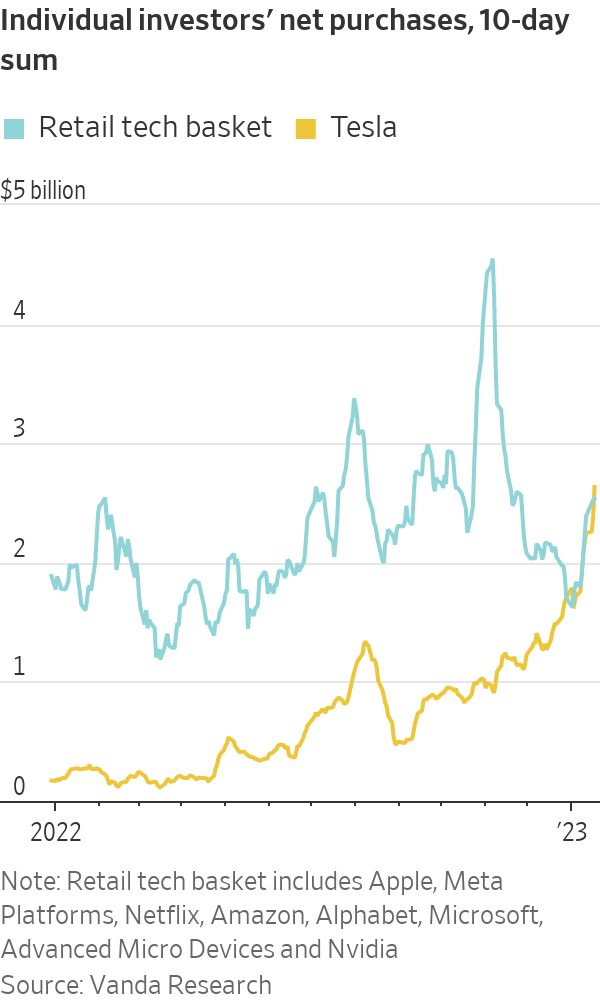 Following a rough year in the market for the technology sector, most investors have stopped buying the dip on most stocks, except for one–Tesla.

Tesla’s stock is still being purchased at its low price, while other retail investors have largely stopped buying the dip in various tech stocks, according to The Wall Street Journal.

In November, investor net purchases of eight popular tech stocks peaked, before dropping off significantly through the end of the year. Since the new year began, investor purchases have increased slightly, and most tech stocks have started to rebound. 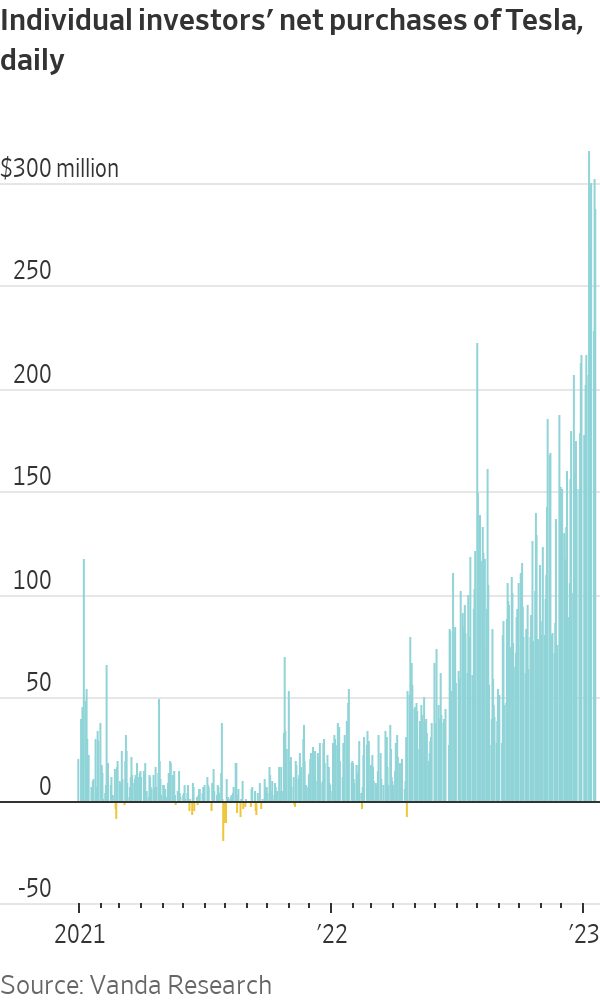 Tesla remains an outlier, having kept a steady stream of buyers through the end of 2022 buying the stock at its tumbling prices. According to Vanda Research, investors have spent more on Tesla shares in the past six months than in the five years before.

“As markets took a big hit, we saw retail investors shift into their favorite tech stock rather than investing across the whole sector,” Vanda analyst Lucas Mantle said about Tesla investors buying the dip. “It might be the last shoe to drop.”

Tesla will hold its fourth-quarter and year-end earnings call on January 25, and shareholders can begin asking questions leading up to the event.

Tesla is planning to add a new showroom and service center in Northern Netanya, Israel, according to a property lease signed by the automaker, reports Globes. The site is located at 39-41 Hakadar Street in Netanya, complete with a nearby store from Chinese automaker Geely Geometry. The property includes about 3,300 square meters (10,826.77 square […]
Peter McGuthrie
14 hours ago

Thailand has been one significant expansion project from Tesla in recent months, and now the automaker is launching some of its first fast-charging stations and a new retail store in the country. Tesla is preparing to launch the first V3 Supercharger station in Thailand, located on the B1 floor of the CentralWorld shopping complex in […]
Peter McGuthrie
15 hours ago

The Motortrend crew recently visited Frito-Lay’s upgraded, zero-emission distribution center in Modesto, California to talk with Tesla Semi drivers and see the truck in person. The publication was able to gather a few extra specs on the Tesla Semi, noting that the huge vehicle sported a Model S Plaid tri-motor powertrain but turned around the […]
Peter McGuthrie
16 hours ago