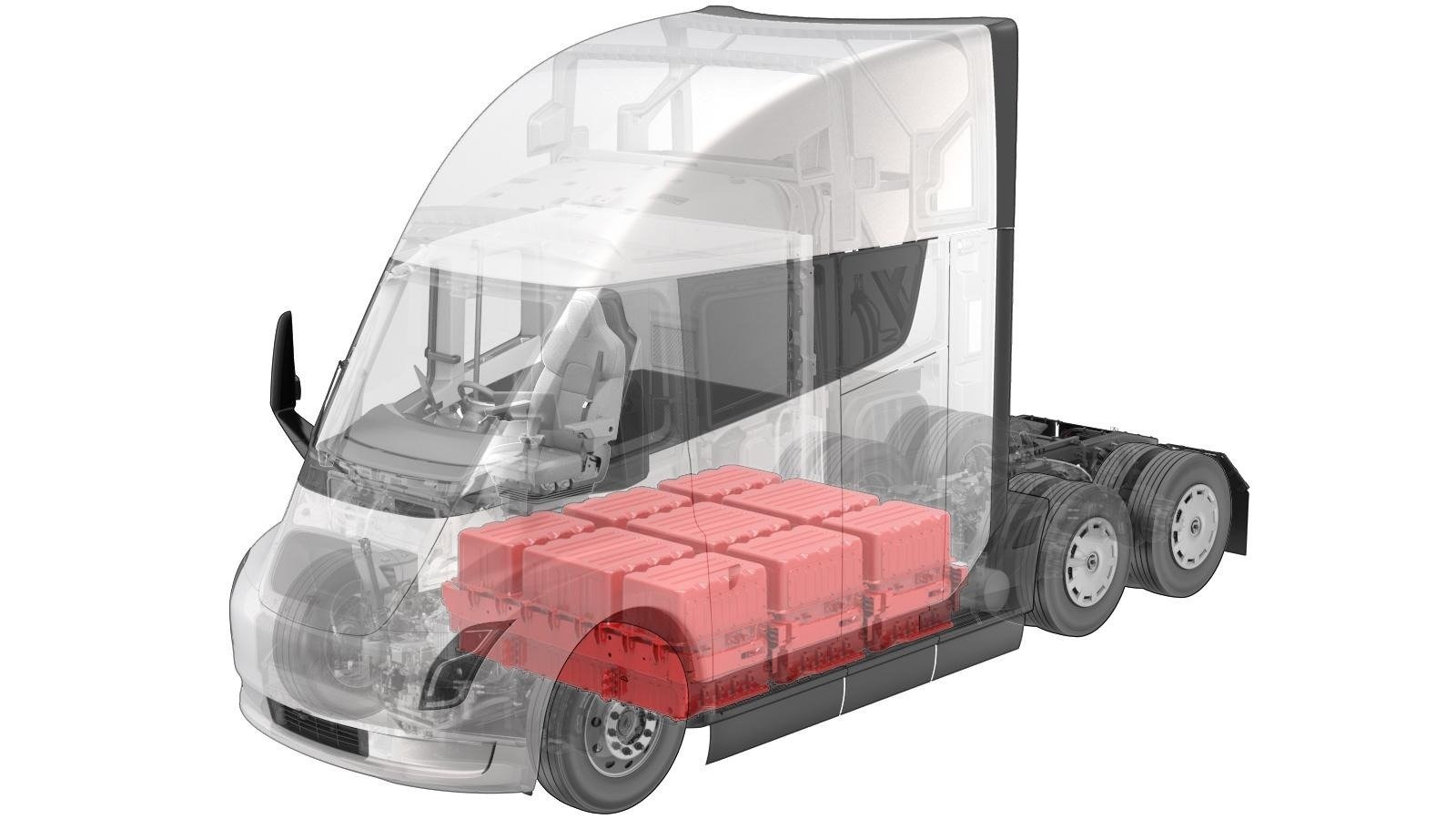 We just got our first look at the Tesla Semi’s internal components, thanks to diagrams spotted by Tesla owner and software data miner “green” (@greentheonly) in the company’s online Parts Catalog.

Tesla hasn’t published a parts catalog for the Semi yet, but green was able to dig through the company’s website and find it.

Going by the images and information the sleuth was able to glean, the Semi has a modular battery that’s rated at 1,000V and made up of three smaller packs that can apparently be disconnected at any time. This could be intended to streamline production for lower-range Semi trucks, which have been teased before.

The modular battery is rated at 1000V
DUs are cooled with "mega cooling" modules.
Axles are called: Torque and Efficiency.

Tesla’s Semi is an all-electric Class 8 semi-truck announced by the electric vehicle (EV) maker in late 2017. PepsiCo last month became the first customer to take delivery of a Semi truck from Tesla. Not long after, an executive detailed the company’s experience with the Semi.

Tesla’s parts catalog features a variety of diagrams highlighting different components found inside the Semi. According to the shared images, the electric truck’s two axles are called “Torque” and “Efficiency.” Per the ethical hacker who uncovered the information, “Efficiency” refers to the rear axle, which only has one motor, while the other one, which has two motors, is the “Torque” axle.

The same label also indicates how much of the Semi’s GVWR each axle can handle, along with wheel and tire sizes and cold tire pressure ratings for the electric truck.

The Motortrend crew recently visited Frito-Lay’s upgraded, zero-emission distribution center in Modesto, California to talk with Tesla Semi drivers and see the truck in person. The publication was able to gather a few extra specs on the Tesla Semi, noting that the huge vehicle sported a Model S Plaid tri-motor powertrain but turned around the […]
Peter McGuthrie
3 days ago

On Monday evening, Nevada Governor Joe Lombardo’s 2023 State of the State speech revealed Tesla is set to announce a new manufacturing facility in northern Nevada on Tuesday. Today, President Joe Biden and the White House confirmed what Lombardo said and now Tesla has confirmed the announcement itself. “We will be investing over $3.6 billion […]
Sarah Lee-Jones
5 days ago