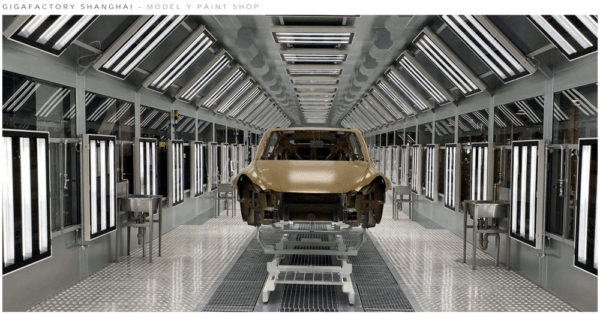 Following Tesla’s move to cut production output at Gigafactory Shanghai this month, new reports show that the automaker plans to extend the production slowdown into January.

Tesla will run production for 17 days at Giga Shanghai in January, and it plans to pause output for an extended break during Lunar New Year, according to plans seen by Reuters.

Production at Giga Shanghai will run from January 3 until January 19, before output is completely paused between January 20 and January 31, according to the plans.

Tesla’s reasoning for the production halt is unclear, and it’s also unclear whether other operations than assembly will continue to run at the Shanghai plant. The company is rumoured to be working on a new refresh codenamed ‘Highland’ for its Model 3 sedan.

The news comes just a few days after Tesla halted Giga Shanghai production for the remainder of the year, and after recent reports held that Model Y production would stop for the final week of December.

Head of Giga Shanghai Tom Zhu and a team of aides are also traveling in the U.S. to assist Tesla’s Giga Texas and California factories with production targets. Some have even speculated that Zhu could be slated for increased responsibilities in Tesla’s U.S. operations.