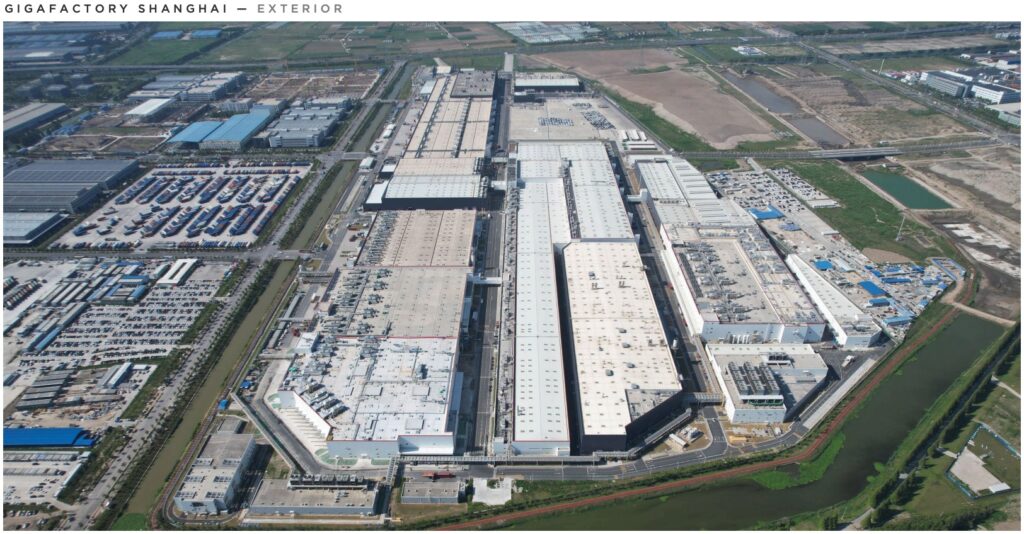 After Tesla’s Gigafactory Shanghai upgraded its production line for Model Y units and is expecting to produce around one-third more cars than it could before, one source said.

Tesla’s Giga Shanghai has upgraded its Model Y production line to around 30 percent more daily production capacity, according to people familiar with the matter who reported it to South China Morning Post.

With the upgrade, Giga Shanghai is shooting for 1.2 million vehicles produced per year, set to be especially helpful after the automaker endured a 22-day production halt in March and April causing it to miss out on tens of thousands of builds.

Giga Shanghai is now able to produce 2,000 Tesla Model Y units per day, according to many officials across different suppliers who asked to remain anonymous.

Following the Model Y line upgrade, Tesla is also planning to upgrade its Model 3 production line over the next couple of weeks, set to be completed on August 7.

Shanghai-based independent analyst Gao Shen said, “Tesla had to suffer some losses in production for the upgrades, but a 30 per cent capacity increase can hugely boost its output in the remaining year. It will ramp up production in the next few months to regain its front-runner’s position in the global EV [electric vehicle] market.”

During Tesla’s Q2 earnings report, the company announced its Giga Shanghai plant now has an annual production capacity of over 750,000 vehicles, up from 450,000 in the previous quarter. The company maintains it will be able to grow annual production by 50% or more and is focused “on a record-breaking second half of 2022.”