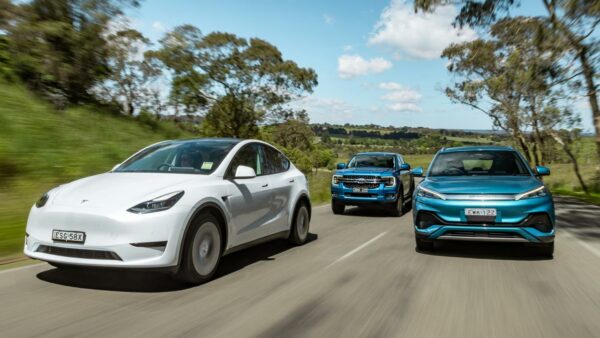 The Tesla Model Y earned the title of News AU‘s 2022 Car of the Year, following testing of eight different gas and electric vehicles on Australian roads.

The outlet notes the Model Y’s 450km driving range, its roomy cabin compared to gas cars, its brisk acceleration and its sharp steering as a few of the reasons the Model Y topped the list.

Other vehicles that were tested alongside the Model Y included the second-and third-place winners, the Ford Ranger and the BYD Atto 3, as well as the Ford Everest, the Kia EV6, the Nissan X-Trail, the Subaru BRZ and the Toyota Corolla Cross.

Despite being awarded the car of the year, the writers also note a few cons in the Model Y. The outlet says that the ride was “a bit sharp,” compared to the Kia EV6, and that the Model Y has the shortest warranty out of all the cars tested, but also had the cheapest servicing.

The Tesla Model Y launched in Australia in August, and since then, the outlet notes that the vehicle has already delivered around 6,500 units to customers in the country.

“Overall, though it is a highly impressive vehicle, it’s made more attractive by new laws passed this week that waive the FBT on electric vehicles for people leasing a car through salary sacrificing,” concluded News.com.au.