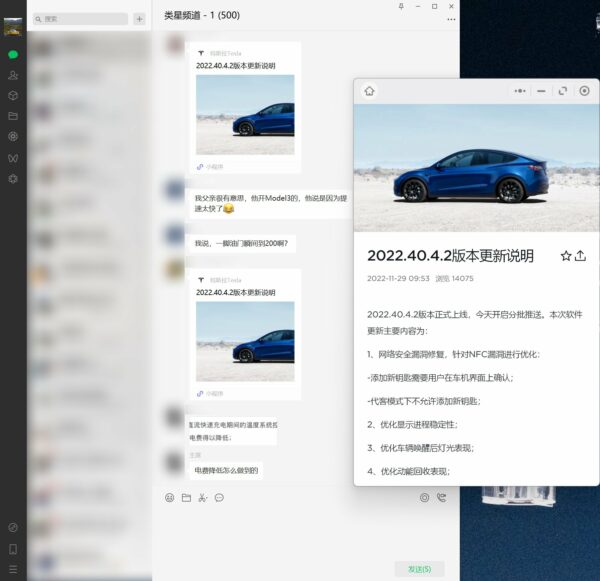 Tesla’s customers in China are able to use a WeChat-based “mini-app” to reach out to a support team or to correspond in a group chat, according to @Chris Zheng, who pointed the feature out amidst news about being able to see release notes in other markets.

Zheng notes that being able to see release notes from the Tesla app has been available to customers in China for quite some time.

He also points out that users can view instructions, view Supercharger locations, purchase cars and participate in events organized by Tesla, all through the app.

Last week, Tesla cut Model Y and Model 3 prices in China once again, as it looks to double down on last-quarter deliveries heading into the end of the year.

Tesla announced its fourth-quarter and full-year 2022 earnings on Wednesday afternoon, reporting record revenue for the final quarter. The automaker reported revenue of $24.3 billion USD for October to November 2022, up a whopping 37% year-over-year. Wall Street, meanwhile, had forecasted $24.03 billion in revenue. Tesla reported a net income of $2.3 billion (GAAP) for […]
Nehal Malik
16 hours ago