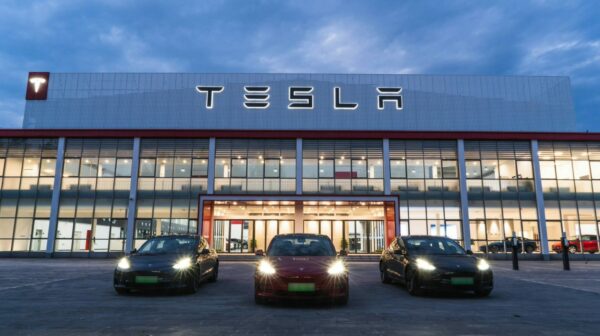 China’s new-energy vehicle (NEV) sales dropped in the last week of November, as was measured by insurance registrations.

BYD with its hybrid electric vehicles doubled Tesla’s sales to top NEV leaderboards in China during the fourth week of November, with BYD overseeing 38,480 insurance registrations while Tesla had 16,121, according to a report from CnEVPost.

Here are Tesla’s domestic deliveries breakdown so far in November, which are nearly double compared to figures from one year ago:

Total NEV units registered during the week accounted for 122,000 units, still showing an increase year over year of 29.1 percent, although it was down 5.7 percent from the week before.

Tesla China delivered 16,121 domestic vehicles in the 4th week of November — for a total sum of 55,612 local deliveries over the past 4 weeks

To illustrate how impressive this number is — I've charted ('21-22) 🇨🇳 domestic sales for the 2nd month of the quarter /w my Nov '22 est. pic.twitter.com/qGcRIY66MU

Overall passenger car sales in China were down 19.1 percent year over year on the week, with a total of 365,000 units. Additionally, registrations dropped off by about 8.8 percent from the prior week.

Internal combustion engine sales slumped even more than those in the NEV category, with just 243,000 units sold in the week for a drop-off of 32 percent year over year and 10 percent from the previous week.

In the first four weeks of November, Tesla had 55,621 insurance registrations while BYD led with 161,243.

Recent weeks have brought on conversations about Tesla’s price cuts in markets around the world, and now the automaker is pushing a new message on its website for Model 3 leasing. Tesla’s Model 3 is now leasing at prices as low as $399 per month, according to a change on the automaker’s website yesterday, notes […]
Peter McGuthrie
26 mins ago