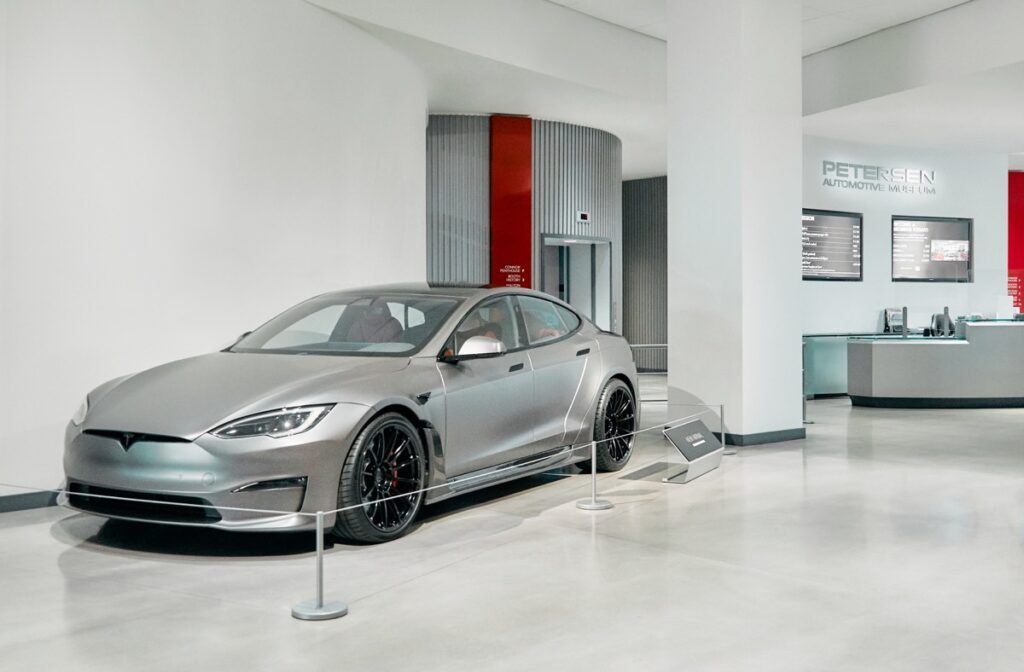 Tesla’s Model S Plaid is on display in the automaker’s exhibition at the Petersen Automotive Museum, featuring a vegan leather interior from designer Vicki von Holzhausen.

The von Holzhausen vegan leather was designed in partnership with auto-tuning company and electric vehicle (EV) enthusiasts Unplugged Performance, first announced this summer. You can see the Model S Plaid on display in the images shared with Tesla North above.

Additionally, the vegan leather is made out of a proprietary Banbü leather crafted out of bamboo. Following the exhibition’s end next year, the vehicle will be raffled off to a lucky customer.

The vegan leather in the Tesla Model S Plaid is a deep red color dubbed “Serrano,” and it apparently has a 33 percent less global warming potential, saving as much as 16,307 gallons of water in production per vehicle, said von Holzhausen in an email to Tesla North. 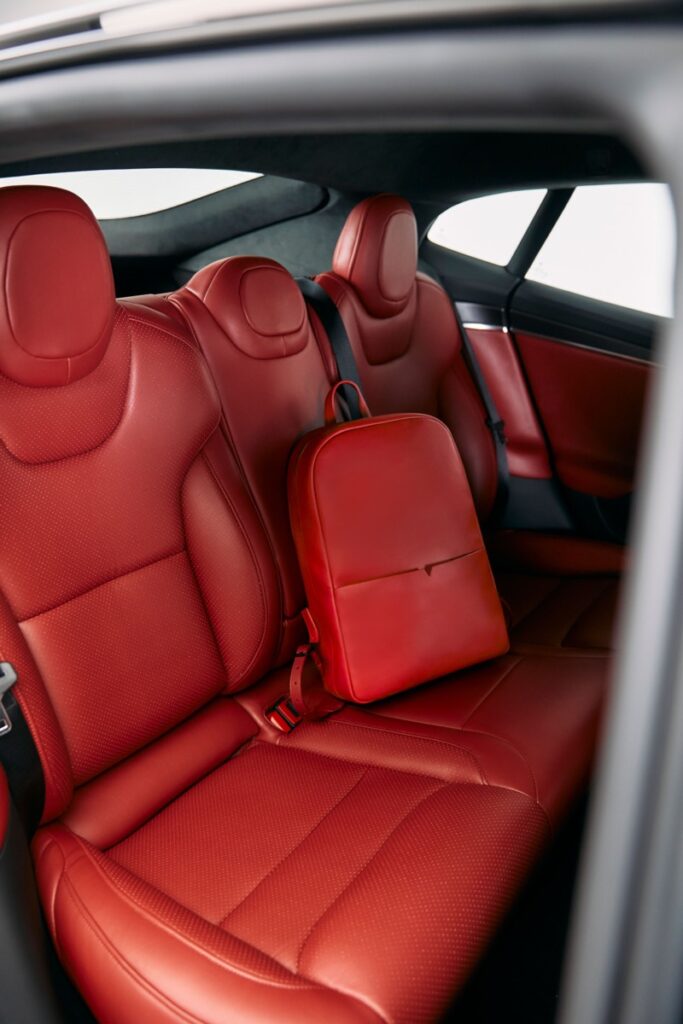 It’s also biodegradable enough to break down in just 250 days once it’s reached the end of its life, taking centuries less than traditional leather products to break down.

It’s von Holzhausen’s larger mission to replace leather and plastic materials in cars with carbon negative materials made out of plants, just like the vegan leather material seeks to do.

Unplugged Performance also unveiled a von Holzhausen interior upgrade in June, including the color “Caramel” made for the inside of a Tesla Model S, starting from $29,995 USD.

“We’re thrilled to unveil the second iteration of our collaboration with Unplugged Performance to showcase Banbū Leather, our next-gen leather alternative, to a broader audience. We believe that Banbū Leather is the material of the future and we’ve worked hard to scale our innovation for the masses as we take strides toward enabling the creation of animal- and polyurethane-free products,” said von Holzhausen CEO, Vicki von Holzhausen, in a statement to Tesla North.

The first known Tesla Model S Plaid with a tow hitch has gained its Certificate of Conformity (CoC) and registration papers in Europe, as spotted by @Tesla_Adri in the German forum TFF. One user in the forum shared pages one and two of the CoC, including specifications like the Model S Plaid’s length, wheelbase and […]
Peter McGuthrie
2 weeks ago