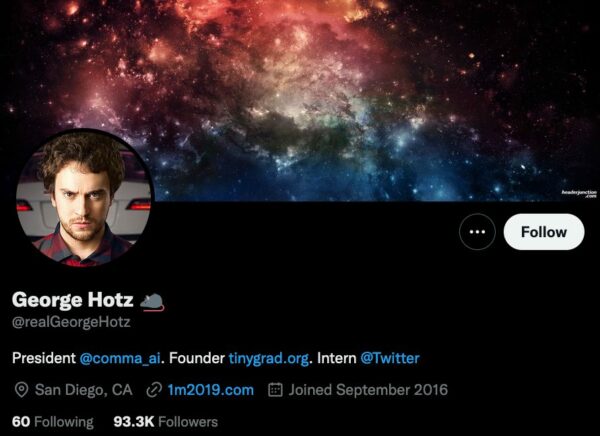 Twitter has hired original 2007 iPhone hacker @George Hotz as an intern to help fix the social media platform’s search function. The internship will last 12 weeks and Hotz will be dedicated to fixing both Twitter’s search function and the login pop-ups after scrolling down a little bit when signed out.

Hotz also said that if he only got rid of the pop-up he’d consider the internship, adding that he uses a Chrome extension to block the feature on his own laptop. Either way, he’ll spend just three months on the job and some expressed skepticism that he would be able to fix the search function, saying that “thousands of people in years” couldn’t do it.

“Reminds me of the guy who got a job at Apple, made Wallet automatically delete your expired boarding passes, and quit the next week,” wrote @Hotz in a follow-up tweet.

Back on November 16, Hotz said, “I’ll put my money where my mouth is. I’m down for a 12 week internship at Twitter for cost of living in [San Francisco].” He added, “It’s not about accumulating capital in a dead world, it’s about making the world alive.”

The news comes just weeks after Hotz announced plans to take time away from his company Comma AI, and after Twitter head Elon Musk brought in Tesla engineers to take a look at the social media platform’s source code.

Musk also emailed employees saying that anyone wanting to remain at the company would need to “work long hours at high intensity,” in order to breakthrough into Twitter 2.0.

Hotz made waves as the first person to release a jailbreak and modem unlock for the original 2007 iPhone, a tool known as Blackra1n. He also was able to jailbreak the Sony PlayStation 3, which resulted in the console maker suing him (they later settled out of court).

Earlier on Monday, Tesla’s online store launched new On the Road accessories for your hot and cold beverages, with a new cup, vessel and tumbler available for purchase in black or white, in time for holiday gifts. On the Road Vessel “Fill it, seal it, sip it along the way. Hot or cold,” says Tesla. […]
Sarah Lee-Jones
3 hours ago

Update Nov. 28, 2022: Tesla just updated its iOS app and confirmed release notes are viewable in its app now. The release notes for Tesla software updates are only available within vehicles, but that appears to be changing soon. That’s according to information shared by @DirtyTesla and seemingly corroborated by a source to @Teslascope. “Coming […]
Sarah Lee-Jones
4 hours ago 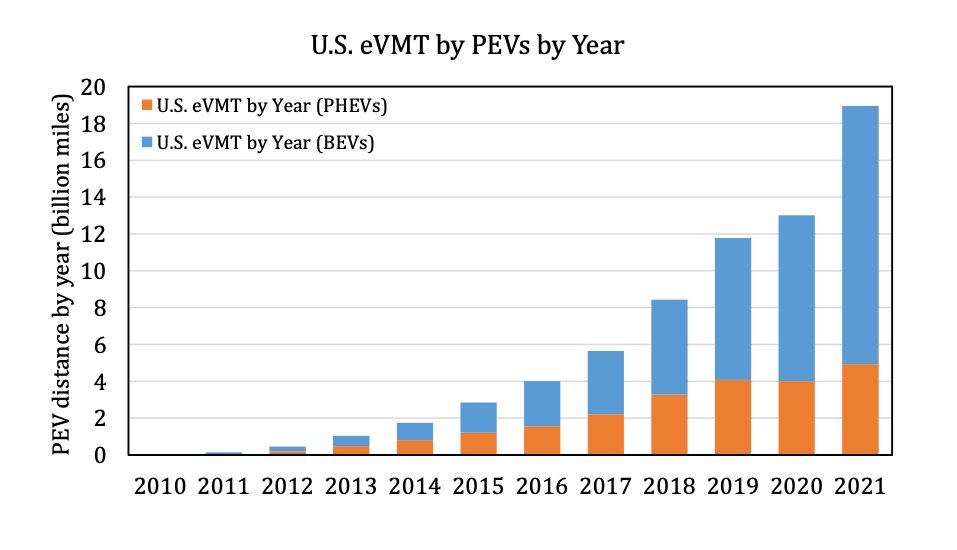 Electric vehicles (EVs) comprised the displacement of about 700 million gallons of gasoline in 2021, accounting for roughly 1.9 billion miles driven during the year, according to data shared by the Argonne National Laboratory (via @Nat Bullard from BloombergNEF). Additionally, the data states that $1.3 billion was allocated away from gasoline purchases, representing a 0.54-percent reduction […]
Peter McGuthrie
12 hours ago