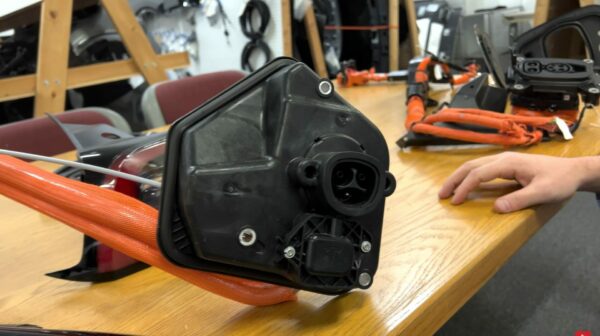 Hoffman explains that both Tesla’s male (from the charger) and female (on the car) plugs are proprietary designs. The automaker points out in the press release that they feature “no moving parts, [are] half the size and twice as powerful as the Combined Charging System (CCS) connectors.”

In the video, Hoffman goes on to take a close-up look at the fast-charging connectors from Tesla and compares it to other charging hardware.

He also notes that it isn’t hard to notice how slim the NACS charger is compared to the CCS equipment, another immediate benefit to Tesla’s design.

In its press release, Tesla also points out that the NACS charger outnumbers CCS two-to-one in North America, with the Supercharger network having 60 percent more NACS than all CCS-equipped networks combined.

You can watch the full first episode of “Ask Munro” from Munro Live below.