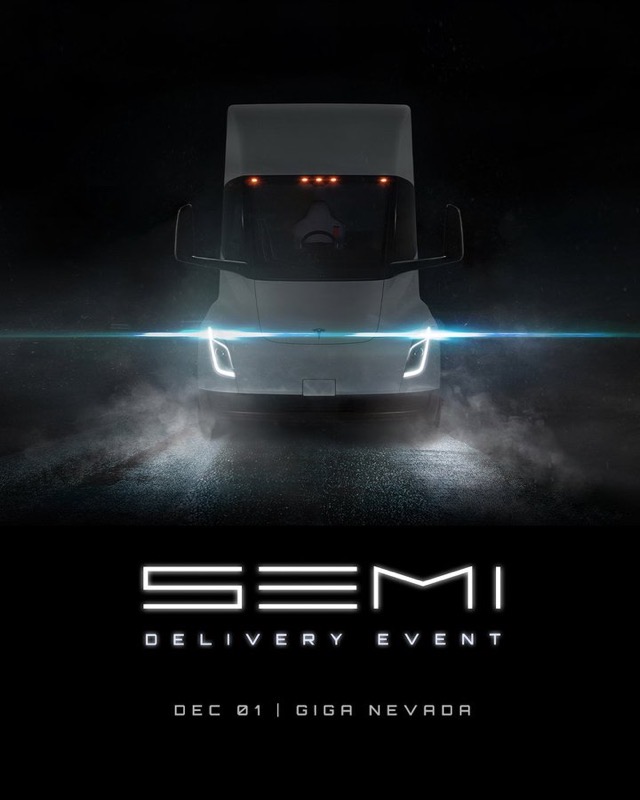 Tesla confirmed it will be holding a Semi delivery event at its Gigafactory in Nevada, set for Thursday, December 1, 2022.

The automaker’s announcement comes exactly five years after the original Semi unveiling that took place on November 16, 2017 (the Roadster was also unveiled too!).

The first customer to receive deliveries of the Semi truck is PepsiCo, as previously announced by Tesla CEO Elon Musk in October.

The Tesla Semi is able to go from 0-60 mph with a full load in 20 seconds thanks to its three independent motors, while the estimated range is 500 miles (804 km) on a single charge. Tesla’s Semi chargers can recharge up to 70 percent range in 30 minutes.

According to Tesla, “Operators can see estimated fuel savings of up to $200,000 within their first three years of ownership. With remote diagnostics, over-the-air software updates and fewer moving parts to maintain, operators will spend less time at service centers and more time on the road.”

According to Tesla chair Robyn Denholm, she recently testified in a court case regarding Elon Musk’s $56 billion pay package that the company plans to build as many as 100 Semi trucks this year.

Tesla on Thursday evening held its Semi delivery event, where it delivered its first production electric truck to customer, PepsiCo. Company CEO Elon Musk was on hand for a presentation alongside Dan Priestley, Senior Manager, Semi Truck Engineering the company (who did an incredible job beside Musk). Both Musk and Priestley highlighted the major features of […]
Sarah Lee-Jones
18 hours ago