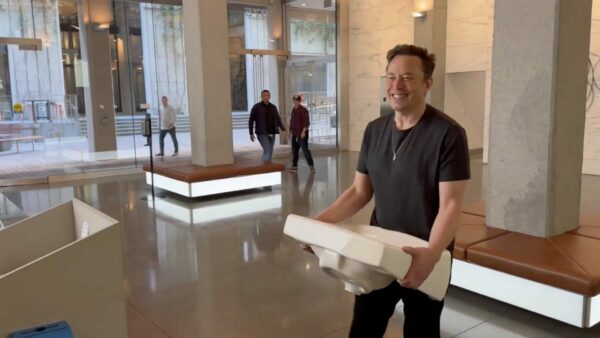 Elon Musk officially took over at Twitter on Friday, and he has already begun dismissing senior management and appointed himself as CEO, according to a person familiar with the matter (via Bloomberg).

Musk is set to replace former Twitter CEO Parag Agrawal, who was immediately fired along with three other high-level executives, the anonymous source said.

In addition to Agrawal, other people who left the company included Head of Policy and Trust Legal Vijaya Gadde, CFO Ned Segal and General Counsel Sean Edgett, who was escorted out of the building.

Musk has said he plans to get rid of permanent bands on Twitter because he doesn’t believe in lifelong prohibitions, according to the source.

the bird is freed

The news comes just days after Kanye West was banned from the platform for anti-semitic remarks. Similarly, much speculation has been swirling about whether Musk could reinstate Donald Trump’s Twitter account, following a ban after his tweets were said to incite violence at the January 6 insurrection attempt in 2021.

Still, it’s unclear how or if Musk plans to reinstate either of these accounts at any point in the near future.

One Twitter user complained of being “shadowbanned, ghostbanned, searchbanned,” along with followers being removed, to which Musk said in a tweet on Friday that he would be “digging in more today.”