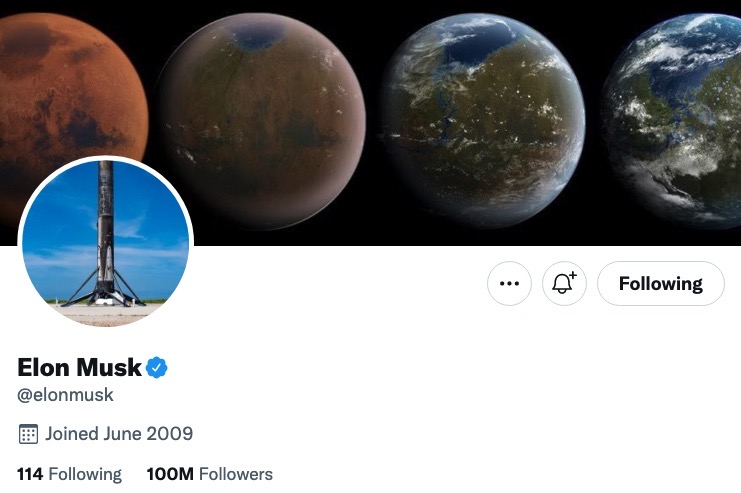 According to the publication, Musk said on Monday during a video call with bankers he would close the Twitter deal by Friday. These bankers are providing Musk with $13 billion of debt financing.

The financial institutions have assembled the final credit agreement for the Musk-Twitter deal, and are ready to sign documentation, which signals cash will be sent to the Tesla CEO next to pay for the $44 billion deal, say sources.

A Delaware judge ruled earlier this month the Musk-Twitter deal must close by October 28, 2022.

Ahead of the acquisition, previous reports cited how Musk may slash 75% of the bloated Twitter workforce.

The purchase of Twitter is one step for the creation of the everything ‘X’ app, said Musk previously.

Although Tesla currently remains the top electric vehicle (EV) manufacturer in the U.S., a new study shows that increasing competition is slowly chipping away at the company’s market share. Tesla has a 65 percent EV market share in the U.S. in the first nine months of 2022, which is down from 79 percent in 2020, […]
Peter McGuthrie
15 hours ago

As Tesla heads into the final month of the year, the automaker is looking to boost customer orders with a new discount option for its flagship sedan and SUV models. Tesla is offering a $3,750 discount on Model 3 and Model Y orders in North America, as seen in a text message sent from the […]
Peter McGuthrie
15 hours ago