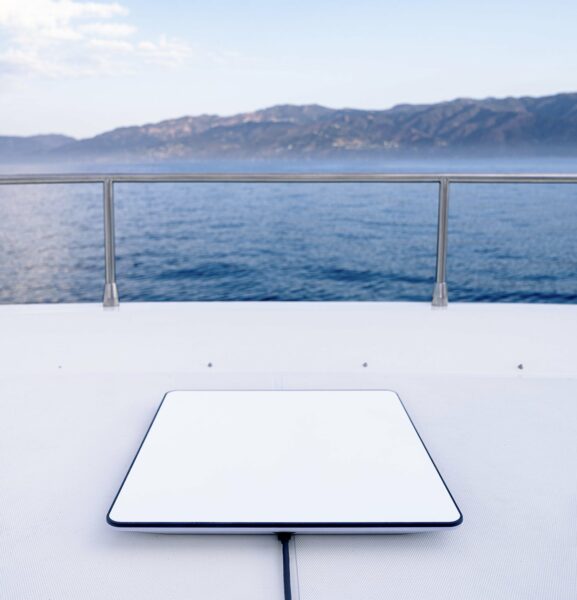 SpaceX’s Starlink is starting to become a standard for use aboard cruise liners, and one new cruise line is set to equip all of its ships with the satellite internet service.

Norway’s Hurtigruten Expeditions is set to become the first cruise line to install SpaceX’s Starlink satellite internet across the company’s entire fleet, as detailed in a report from Travel Pulse.

The installation is expected to be completed in October and will be installed in tandem with Hurtigruten partner, Speedcast. Last month, Speedcast became the first Starlink reseller for maritime and enterprise customers and started testing the internet service on small-size Hurtigruten Expeditions cruise ships in March.

“We’ve seen major players announcing plans for implementation of Starlink connectivity,” said Hurtigruten Expeditions CEO Asta Lassesen. “Our partnership with Speedcast and fleetwide introduction of the new service not only puts us ahead of the rest of the cruise industry, it also puts us ahead of the technology. When Starlink introduces maritime coverage in Antarctica and the Arctic, we will be ready.”

“With vessels operating in some of the most remote and spectacular areas of the world, Hurtigruten Expeditions is an ideal partner for introducing groundbreaking technology in the cruise industry. Speedcast’s expertise lies in our ability to combine all available connectivity paths and manage a complete service that offers the highest levels of uptime, availability and performance”, said Joe Spytek, Chief Executive Officer at Speedcast.

Hurtigruten offers free internet connectivity to all of its guests and crew.

“Introduction of new technology makes it easier for everyone on board to remain connected with friends, family and loved ones no matter where they are. We challenge all cruise lines that follows our example by installing Starlink to also follow our example to make internet free for all crew members”, said Lassesen.

This fall, Hurtigruten Expeditions ships exploring Antarctica will be the first to do so with Starlink connectivity, with the latter set to launch in Q4 2022.

Cruise company Royal Caribbean also plans to install Starlink internet on all of its ships, with estimated completion set for the end of the first quarter of 2023. But now it seems Hurtigruten will beat them to the punch by installing Starlink on all 16 of its ships.