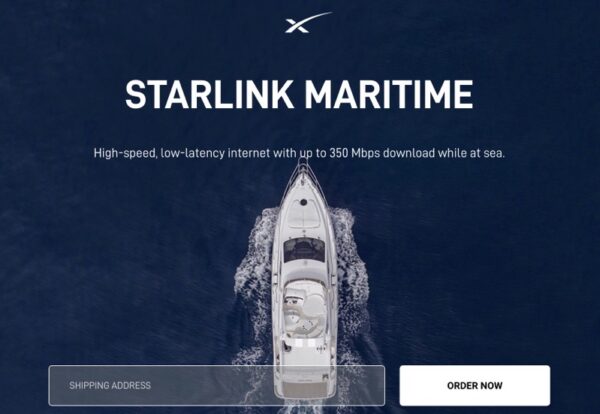 SpaceX signed a distribution contract with Speedcast to let the company resell Starlink satellite internet service to its maritime and enterprise customers, as announced by the company at World Satellite Business Week on Tuesday (via Space News).

The deal is set to offer lower latency speeds for customers aboard oil rigs and merchant vessels, and in other remote areas in transit.

Currently, Speedcast connects to these locations using satellites that are further away from Earth in a geostationary orbit. Starlink will reduce this distance and offer an increase in speeds for the marine company.

“Starlink is an exciting new communications pathway for customers,” Speedcast CEO Joe Spytek said in a statement. The move will be “offering significant diversity and added capacity at a time when remote sites continue to push to the farthest ends of the Earth and when bandwidth demand is ever increasing.”

According to Speedcast, the deal is the first time Starlink has distributed hardware with a contract like this through another company. Typically, the company sells directly to customers.

Image credit: u/MRizkBV Last month, SpaceX obtained a license in Qatar to offer its satellite internet service in the Middle Eastern nation, ahead of the current World Cup being hosted in the country. Now, we see SpaceX has debuted an on-street demo of Starlink, operating a trailer showcasing the satellite internet service’s capabilities. You can […]
Sarah Lee-Jones
2 hours ago