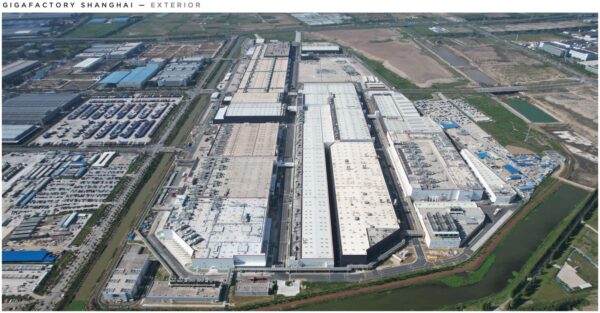 As China celebrates its legal holiday of National Day this week, Tesla’s Gigafactory Shanghai will stay open with some added benefits for employees who work for the holiday.

Tesla’s Giga Shanghai is remaining operational during China’s National Day holiday running from October 1 to 7, as reported by a source familiar with the matter reporting to Time Weekly (via CnEVPost).

According to the Time Weekly report, however, Tesla production line employee reporting under the pseudonym Zhang Jinlei said he was being paid three times his normal daily salary from October 1 to 3, amounting to roughly 1,200 yuan ($170 USD).

A second employee with the alias Wang Zhiming also said he receives overtime pay of three times his normal salary at over RMB 1,000 per day on October 1 through 3. The source also added that these opportunities only come around a few times each year.

Chinese labor laws stipulate that employees working on legal holidays can earn triple their normal daily wages, but that those who work on all other holidays should receive twice their normal wages.

Currently, workers are entitled to triple-pay for working on any of the following holidays: January 1, the first three days celebrating Lunar New Year, Tomb Sweeping Day, May 1 for Labor Day, Dragon Boat Festival, Mid-Autumn Festival and the first three days of National Day.

Tesla announced last week that it will keep its Giga Shanghai production at just 93 percent of its overall output capacity.

Tesla’s latest version of the Full Self-Driving (FSD) beta can detect certain kinds of Autopilot-defeat devices and the company plans to adapt the version according to new methods discovered over time, reports @Teslascope. If detected using such devices, the FSD beta’s software version 10.69.3.1 will force Autopilot disengagement and it will result in strikes against […]
Peter McGuthrie
8 hours ago

Tesla is ‘recalling’ roughly 80,000 vehicles in China due to seatbelt and software issues, according to the State Administration for Market Regulation in a statement on Friday (via The Wall Street Journal). The regulator said that a recall filing had been for Tesla’s vehicles, which is currently the second largest automaker in the country. The […]
Peter McGuthrie
9 hours ago