Over the weekend, Tesla owner and YouTuber Jeremy Judkins evacuated from their Hurricane-Ian-affected North Port, Florida, residence in their Model X Plaid. North Port experienced significant flooding after the storm, and more was expected.

Instead of waiting around, Jeremy chose to leave to a safer location in their Model X Plaid. He was able to successfully drive his Model X Plaid through flood water and evacuate via Exit 182, aptly calling the drive “Full Self Boating” mode.

Earlier this week, Tesla CEO Elon Musk said the Cybertruck — the company’s upcoming all-electric pickup — will be “waterproof enough” to briefly function as a boat to cross rivers, lakes, and “even seas.”

Cybertruck will be waterproof enough to serve briefly as a boat, so it can cross rivers, lakes & even seas that aren’t too choppy

Musk said in another tweet that even the Model S floats well enough to serve as a boat “for short periods of time.” Jeremy’s adventure demonstrates that the Model X has some boating capabilities as well.

We *def* don't recommended this, but Model S floats well enough to turn it into a boat for short periods of time. Thrust via wheel rotation.

Jeremy left North Port after fully charging their Tesla Model X Plaid with solar energy. According to him, the city’s energy grid “will be out for months.” The Model X Plaid was easily able to tread through flood water, successfully carrying Jeremy 300 miles to Wesley Chapel, Florida.

“This experience was… I don’t know the words,” Jeremy said in a tweet.

Jeremy’s Model X Plaid didn’t sustain any major damage during its voyage, although its bumper did fall off. The bumper was recovered, and someone paddle-boarded it over to Jeremy’s garage.

However, the Model X Plaid was limited to a top speed of 90 mph for the duration of the trip as a result. Autopilot still worked, but Adaptive Air Suspension was disabled. 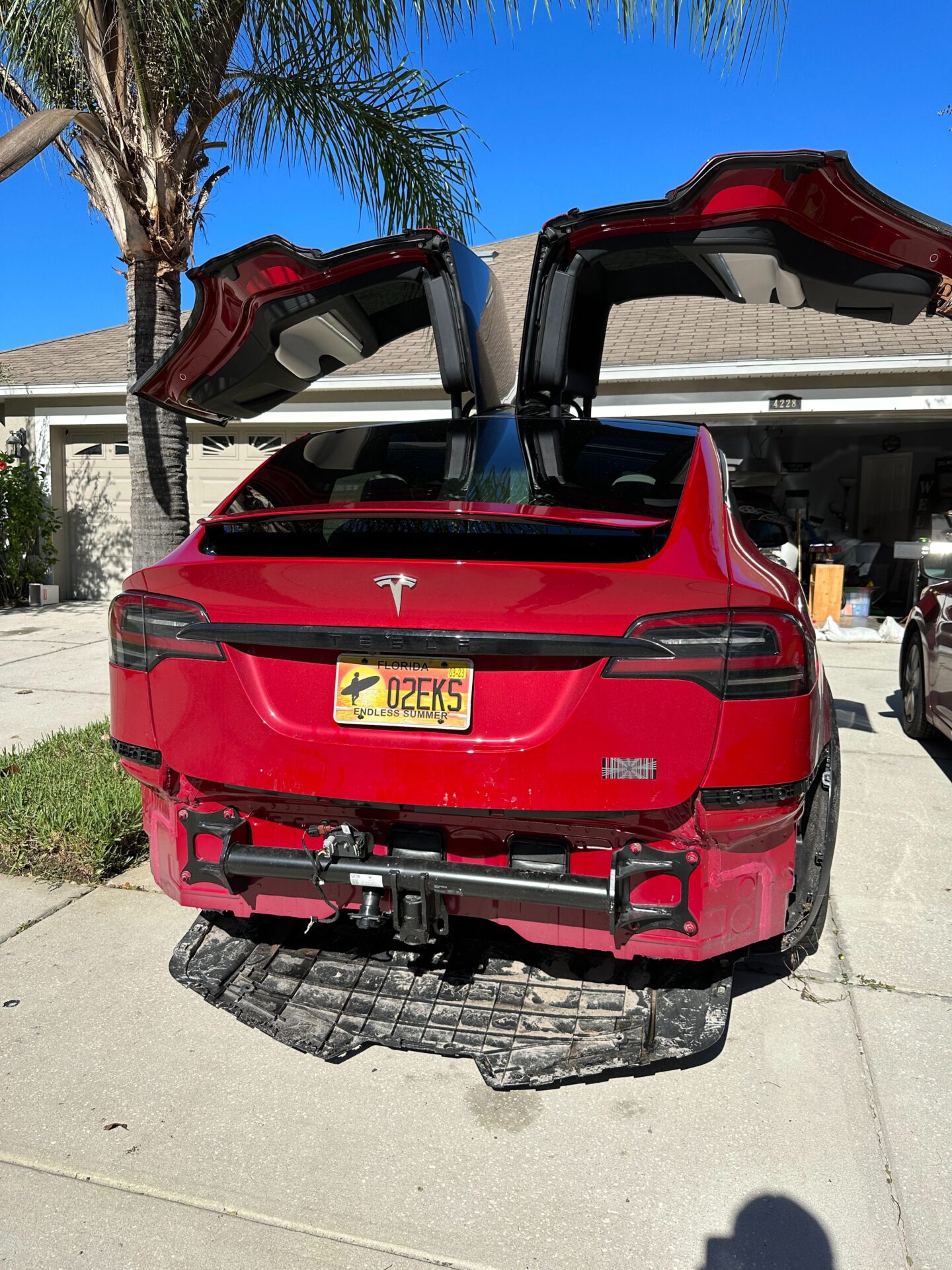 Earlier this week, Tesla sent out a “Storm Alert” to customers in Florida, advising them to charge their electric vehicles (EVs) to 100% before Hurricane Ian made landfall. In addition, Tesla’s Solar Roof was able to withstand hurricane winds, with the company’s Powerwall surviving being submerged in flood water for hours.

You can watch Jeremy’s Model X Plaid wade through Hurricane Ian flooding in the video below:

In addition, you can also check out a first-person POV video of Jeremy’s full trip below: