The event is to recruit engineers to “build the future of AI”. According to the AI Day invite, attendees will “learn about Tesla’s latest developments in artificial intelligence, including Full Self-Driving, Tesla Bot, Dojo and more.” The event says doors will open at 5pm PDT and the event goes until 11pm PDT.

Tesla’s AI Day will take place at 1501 Page Mill Rd, Palo Alto, 94304. The company is using NFC passes on smartphones (such as the Wallet app on iPhones) for tickets. Tesla says parking is limited on-site and recommends using rideshare services to get there, while also providing a voucher.

The company says food and beverages will be provided, while all attendees must show their NFC pass and state-issued ID for entry. The event is at full capacity and if unable to attend, ticketholders are told to contact Tesla so those on the waitlist can go instead.

Tesla has made its YouTube livestream for AI Day 2022 available, in the video below:

Last night, Tesla teased AI Day by sharing a short video of what has been confirmed to be its Optimum robot’s hands.

Elon Musk confirmed on Friday morning these are “the hands of Optimum” and that it “is not CGI”.

The hands of Optimus

According to Tesla’s online shop in China, they get dibs on an AI Day t-shirt, showing us just a bit more of the Optimum robot’s arms: 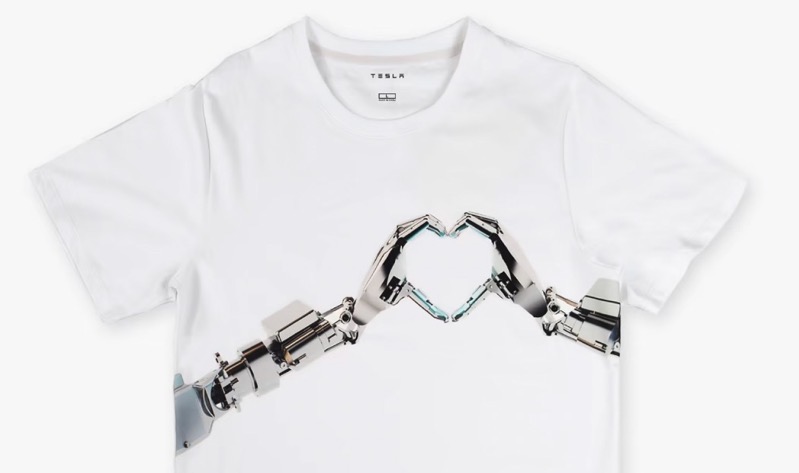 Tesla’s latest version of the Full Self-Driving (FSD) beta can detect certain kinds of Autopilot-defeat devices and the company plans to adapt the version according to new methods discovered over time, reports @Teslascope. If detected using such devices, the FSD beta’s software version 10.69.3.1 will force Autopilot disengagement and it will result in strikes against […]
Peter McGuthrie
18 hours ago

Tesla is ‘recalling’ roughly 80,000 vehicles in China due to seatbelt and software issues, according to the State Administration for Market Regulation in a statement on Friday (via The Wall Street Journal). The regulator said that a recall filing had been for Tesla’s vehicles, which is currently the second largest automaker in the country. The […]
Peter McGuthrie
19 hours ago