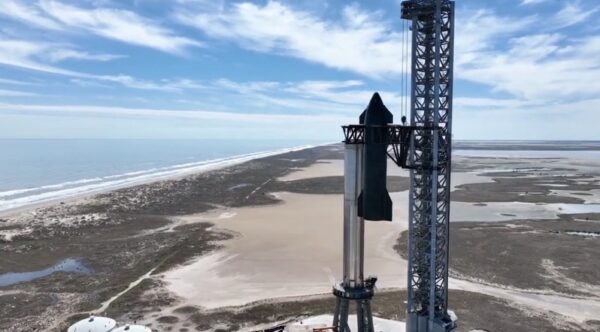 SpaceX’s first orbital flight with reusable spacecraft Starship could happen in late October, though CEO Elon Musk called November “highly likely” for the launch window in a tweet on Wednesday.

Musk also added that SpaceX will have two boosters and ships prepared for orbital flight by that point, and will be producing Starship full stacks roughly every two months.

The note came in response to another Twitter user asking Musk to update onlookers on the upcoming orbital flight date for Starship, which has been delayed multiple times throughout this year.

Late next month maybe, but November seems highly likely. We will have two boosters & ships ready for orbital flight by then, with full stack production at roughly one every two months.

The thread began with one user noting that Super Heavy Booster 7 completed testing, while SpaceX rolled Booster 8 out to the Launch Site.

In response, @Musk shared that the team’s focus on Booster 7 was focused on reliability upgrades for flights, and on completing Booster 9. Musk also added that Booster 9 is set to have design changes and feature full-engine RUD isolation.

The recent Booster 7 testing included a seven-engine static fire test, and the company plans to fire all 33 Raptor engines on the booster in a few weeks, as part of a wet rehearsal.

Image credit: u/MRizkBV Last month, SpaceX obtained a license in Qatar to offer its satellite internet service in the Middle Eastern nation, ahead of the current World Cup being hosted in the country. Now, we see SpaceX has debuted an on-street demo of Starlink, operating a trailer showcasing the satellite internet service’s capabilities. You can […]
Sarah Lee-Jones
16 hours ago