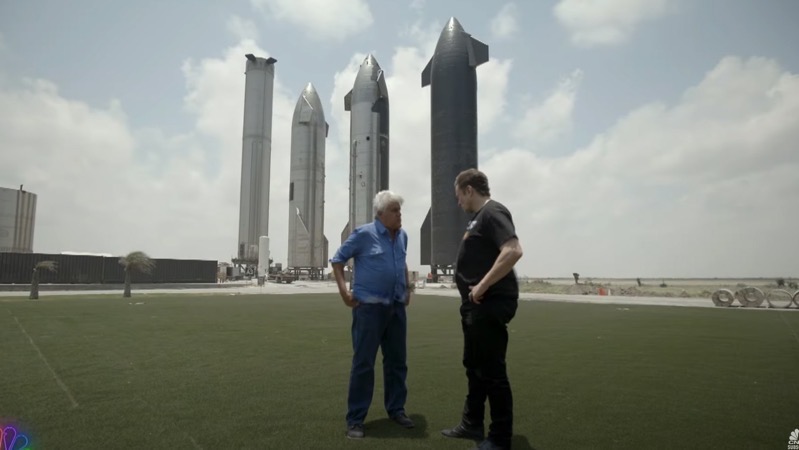 CNBC is hyping up its upcoming episode of Jay Leno’s Garage that will feature Tesla and SpaceX CEO, Elon Musk.

On Friday, the first 10 minutes of the upcoming episode were shared online.

We’ve seen some short clips of Musk showing Leno around SpaceX’s Starbase at Boca Chica, Texas, but this video shares a lot more.

A new Starlink dish just dropped, this time featuring a wider range of weather capabilities for use in harsh marine conditions. SpaceX released a new Starlink dish for marine customers this week, featuring an overall flatter design and a much higher wind resistance, as can be seen on the company’s website (via @Sawyer Merritt). The […]
Peter McGuthrie
11 hours ago