Tesla Battery Factory at Giga Berlin Still on Track and Being Accelerated: Report 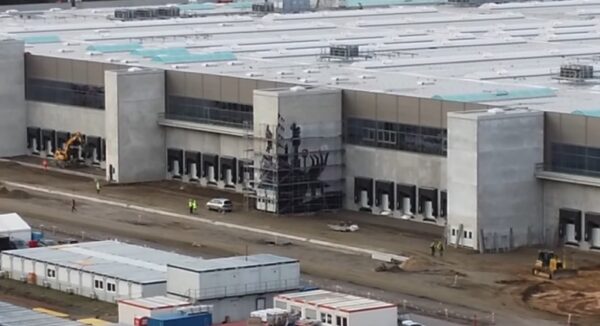 With Tesla’s new factory in Grünheide, Germany shifting its expansion plans in recent weeks, one report holds that the automaker will still build batteries at Gigafactory Berlin-Brandenburg.

Tesla is still planning to build a battery factory at Giga Berlin, according to third parties reporting to German publication RBB 24 on Friday.

The news comes despite a report on Wednesday from the Wall Street Journal, which said the automaker would halt plans to build the facility.

Sources tell RBB the battery production site at Giga Berlin is to be accelerated faster than previously planned. Giga Texas is also to be expanded at the same pace as well, so Tesla can qualify for federal government subsidies for batteries assembled in the USA.

Earlier this week, a German minister noted that he didn’t have any information on Tesla’s plans to construct the battery facility, just a few days after a local council removed the automaker’s expansion plans from an upcoming meeting agenda.

The latter expansion plans were focused on adding a freight and logistics station, which Tesla said would use zero-emission trains to help transport materials in and completed vehicles out.

Earlier this month, Tesla noted that the Model Y’s production ramp-up at Giga Berlin is going “very well,” with reports from last month holding that the automaker was producing 1,500 Model Y units per week.

Tesla hosted a town hall event for local residents at Giga Berlin last Sunday, detailing environmental progress on the facility and including activities for families and children, as well as test drives for adults.