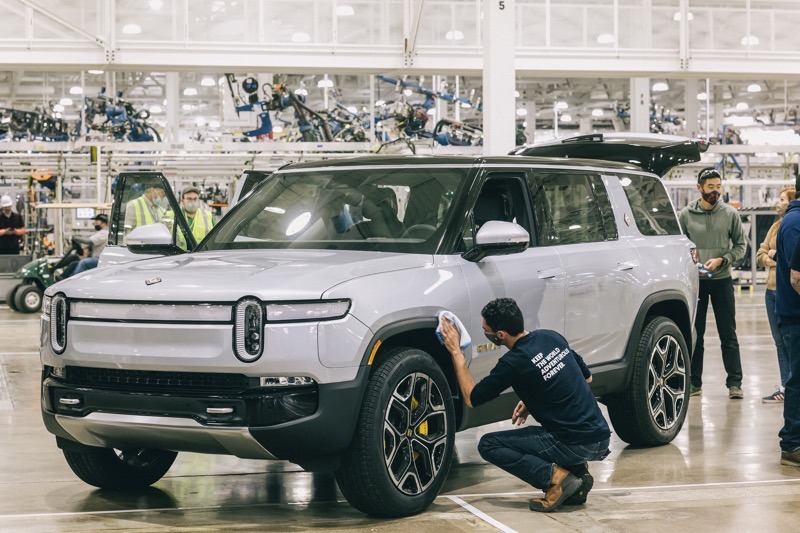 According to InsideEVs, Rivian has discontinued the Explore package for both its R1T and R1S electric vehicles (EVs). Customers who have pre-ordered either car with the Explore package configuration can either upgrade to the higher-end but also pricier Adventure package if they want to keep their reservation or cancel it altogether.

Rivian told InsideEVs in a statement that customers who upgrade will see a $5,500 price hike for the more premium configuration.

If a customer chooses to cancel their pre-order, Rivian will refund their deposit. Rivian will also reimburse reservation holders who recently signed binding sales contracts with the EV startup to qualify for the old federal EV tax credits.

Customers who do not reconfigure or cancel their reservations by September 1 will have their orders removed from the production queue.

“In order to deliver as many vehicles as possible, we have made the decision to discontinue the Explore Package. We realize this news is unexpected and apologize for how it impacts your plans,” Rivian told reservation holders in an email.

“By focusing on the Adventure trim package, we’re able to streamline our supply chain and ultimately deliver vehicles more quickly.”

Rivian has not delivered any Explore package configurations of either the R1T or R1S to date. The company delivered 4,700 vehicles during the second quarter of this year, posting a net loss of $1.7 billion USD.

Rivian also informed pre-order holders of another change in the same email: the automaker has also scrapped its Ocean Coast/Ash Wood interior option.

We’re excited to introduce the new Ocean Coast interior with dark-stained ash wood. It's a new look you can configure, and a design update that means we can begin making deliveries to customers who ordered Ocean Coast. 🌊 pic.twitter.com/y8GMIWGndS

Instead, the company has introduced a new Ocean Coast interior that replaces the originally advertised light ash wood with dark-stained ash wood. This is the same material featured in Rivian’s Black Mountain interior.

It appears the light ash wood was proving to be a production holdup for the company. Rivian noted that it can now “begin making deliveries to customers who ordered Ocean Coast.”

Rivian announced in April that the original Ocean Coast/Ash Wood interior would face delivery delays, but many chose to stick with their configuration in hopes they would eventually get it. The company’s customers simply can’t seem to catch a break as of late.

Customer opinion took a big hit in March when Rivian increased prices by up to 25% due to surging production costs. The price hikes even extended to reservation holders, but Rivian ultimately rolled back to the original prices for pre-orders after significant pushback.

Lucid Motors saw its stock price jump by as much as 98% on Friday, closing at $12.87 per share (up 43%), as rumors of Saudi Arabia’s Public Investment Fund (PIF) considering a full takeover of the luxury electric automaker made the rounds — reports the Silicon Valley Business Journal. The news represents a breath of […]
Nehal Malik
5 hours ago