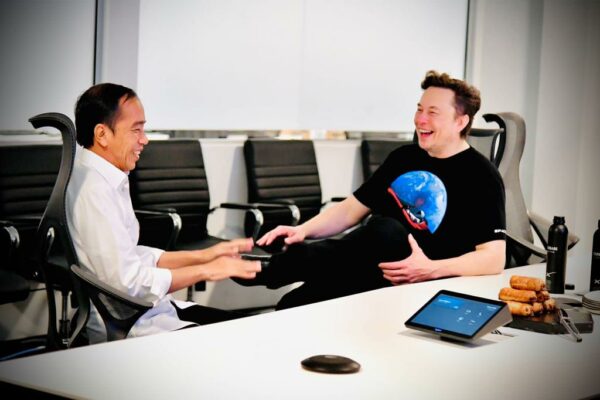 President of Indonesia Joko Widodo, dubbed Jokowi locally, has asked Tesla to build EVs in the country, rather than just batteries, according to a report from Bloomberg on Thursday.

The country also says it’s willing to wait until Tesla CEO Elon Musk is convinced that the country is more than its resources.

In the interview with Bloomberg, Jokowi said, “What we want is the electric car, not the battery. For Tesla, we want them to build electric cars in Indonesia.” Jokowi continued, “We want a huge ecosystem of electric cars.”

Jokowi also made similar requests to automakers such as Ford, Hyundai, Toyota and Suzuki, showing suit with Indonesia’s hopes to be more than just a raw material supplier or component manufacturer.

Indonesia has nearly a quarter of the world’s nickel reserves, and the Southeast Asian country has also become a huge producer in the past few years. Companies like Tesla are in need of high volumes of nickel amidst high demand, making the country a significant player in the electric vehicle industry.

When asked about what was preventing the deal, Jokowi said, “It’s still a discussion.” Jokowi continued. “Everything needs time. I don’t want to be quick with no result. It needs intense communication and the result will show.”

Tesla signed a $5 billion nickel processing deal with Indonesia earlier this month. The contract includes a five-year contract for two nickel products from companies based out of Morowali and Sulawesi.

Tesla has increased delivery wait times for all models except the entry-level Model Y in China to 4-8 weeks — reports CnEVPost. The move is in stark contrast with delivery timeline changes made by Tesla in recent weeks, which cut wait times down significantly. For some models, Tesla managed to bring delivery times down to […]
Nehal Malik
13 hours ago

If you’re planning to finance your next Tesla purchase in the United States, rates have increased to kick off the fourth quarter. As noted by Waiting4Tesla.com (@w4tsla), financing rates for Model S/X and Model 3/Y on the Tesla website in the U.S. have increased 0.25%, now showing as 4.74% (previously 4.49%). Tesla partners with major […]
Sarah Lee-Jones
17 hours ago

Tesla on Friday held its annual AI Day event to showcase the company’s latest leaps in Artificial Intelligence, automation, and computation. The event kicked off with Tesla showing off the first working prototype of ‘Optimus,’ the long-awaited Tesla Bot. Despite merely being a prototype, Optimus was able to walk out on stage, wave to the […]
Nehal Malik
18 hours ago