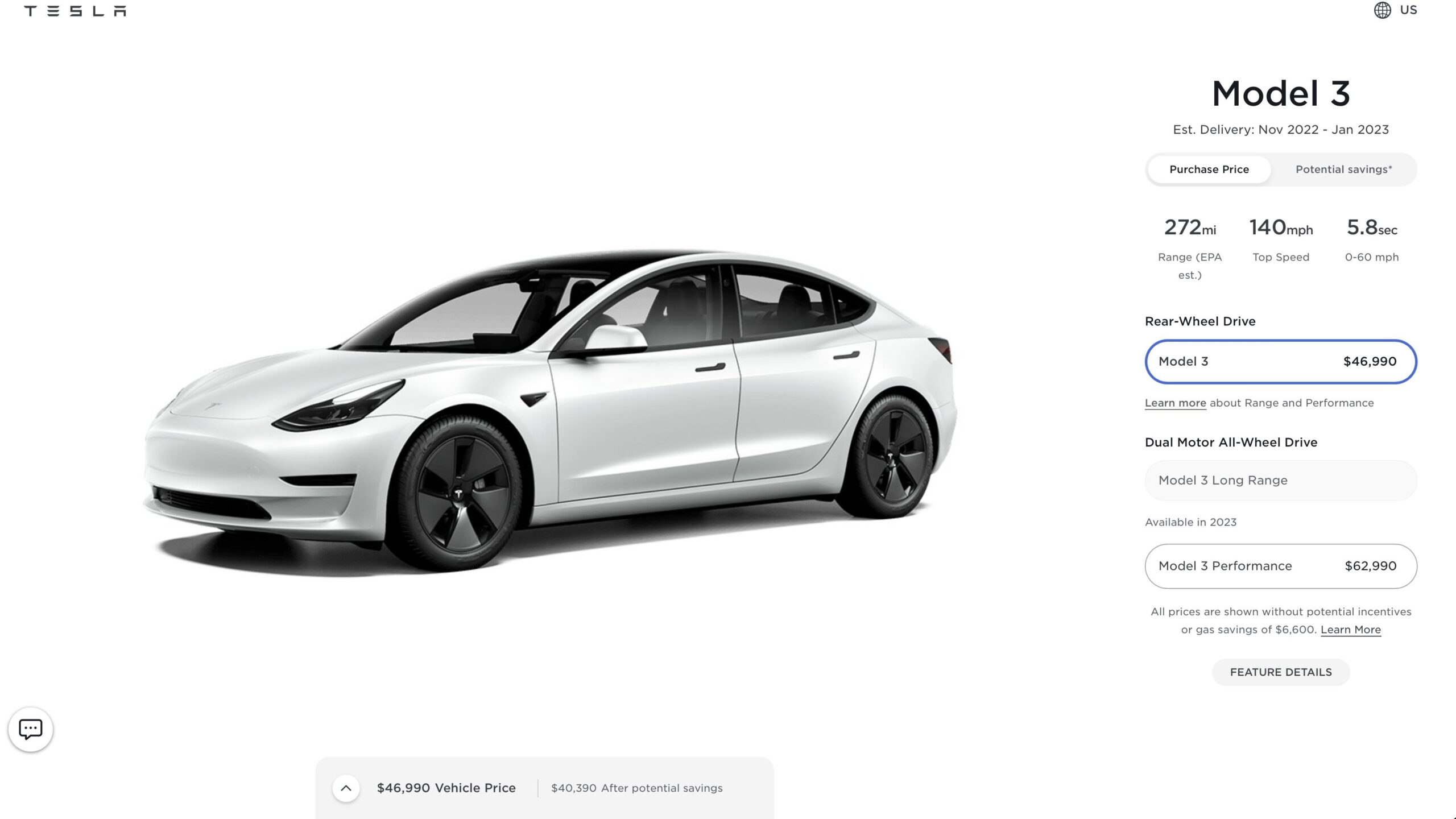 Tesla is no longer accepting orders for the Model 3 Long Range All-Wheel Drive (AWD) in the U.S. and Canada (via @SawyerMerritt).

BREAKING: Tesla has turned off ordering for the Long Range Model 3 in the US and Canada.

It now says "Available in 2023" pic.twitter.com/WF1RfJkItx

There is no official word yet on why Tesla has stopped taking Model 3 Long Range orders in the U.S. and Canada. One possibility is that Tesla is planning on making some changes to the Model 3 LR to lower its price and make it eligible for the U.S.’s recently announced electric vehicle (EV) tax credits.

According to Tesla CEO Elon Musk, the Model Y is on track to becoming the best-selling vehicle worldwide this year. That being the case, it’s also possible that Tesla is trying to divert both resources and customers to the Model Y.

At the time of writing, the Model 3 Long Range AWD remains available to order in Europe and China. In North America, Tesla customers can still order the entry-level Model 3 and the higher-end Model 3 Performance.