Europe in Talks with SpaceX for Launches to Bypass Russia 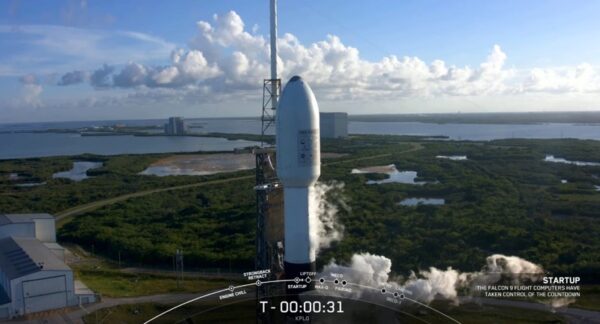 The European Space Agency (ESA) is in technical talks with the U.S.-based SpaceX about launching with the company.

The ESA is looking to use SpaceX’s launchers due to ongoing conflicts blocking Western access to Russia’s Soyuz rockets, as reported by Reuters.

The Elon Musk-run company is a direct competitor to Europe’s Arianespace and comes in addition to Japan and India to help fill launch gaps exacerbated by the Ukrainian conflict.

It’s unclear what a new timeline would look like for the delayed ESA Ariane 6 rocket, and the agency and SpaceX have yet to come to a firm decision about the upcoming schedule.

“I would say there are two and a half options that we’re discussing. One is SpaceX that is clear. Another one is possibly Japan,” said ESA Director General Josef Aschbacher, speaking with Reuters.

“Japan is waiting for the inaugural flight of its next generation rocket. Another option could be India,” added the director general.

“SpaceX I would say is the more operational of those and certainly one of the back-up launches we are looking at,” said Aschbacher.

SpaceX is also spending $1.9 million on its Starlink internet to help support operations in both Europe and Africa.

Northrop Grumman has also confirmed a cargo supply mission with SpaceX as it works to fix one of its own rockets.

SpaceX’s Starlink internet has also played a crucial role in Ukraine’s defense against Russia, with the service having around 12,000 Starlink dishes and around 150,000 active daily users. Many of the Starlink dishes arriving in Ukraine were funded by France and Poland.