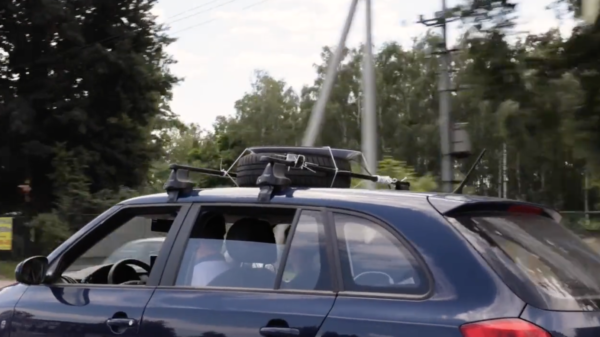 SpaceX’s Starlink internet has been crucial for Ukraine during war time, and one Ukrainian official says it’s being widely used and regularly tested.

Fedorov also added that “As of now we have over 12K Starlinks in Ukraine,” which the country began receiving in late February of this year, after Russia invaded the country.

The video shows multiple use cases for the Starlink dishes, including the testing which took place on both cars and trains.

As of now we have over 12K Starlinks in Ukraine. They help with access to high-quality internet in difficult conditions. Still we are wondering of all possible ways to use @SpaceX tech. Our telecom team made Starlink test drive on the road at a speed of 130 km/h. Check the video: pic.twitter.com/cg0ltM1PIJ

Fedorov was the same Ukrainian official that was responsible for reaching out to SpaceX head Elon Musk to make the service operational in the country.

The aid that SpaceX has offered to Ukraine through Starlink has also gotten the attention of military personnel in China, according to the head of one research firm.

Musk has also faced threats from the Russian Space Chief over SpaceX’s deployment of Starlink to help Ukraine.

At the end of June, SpaceX received approval in the U.S. to deploy Starlink on moving boats, planes and trucks, though it was granted through the country’s own Federal Communications Commission (FCC) and doesn’t apply to other countries.