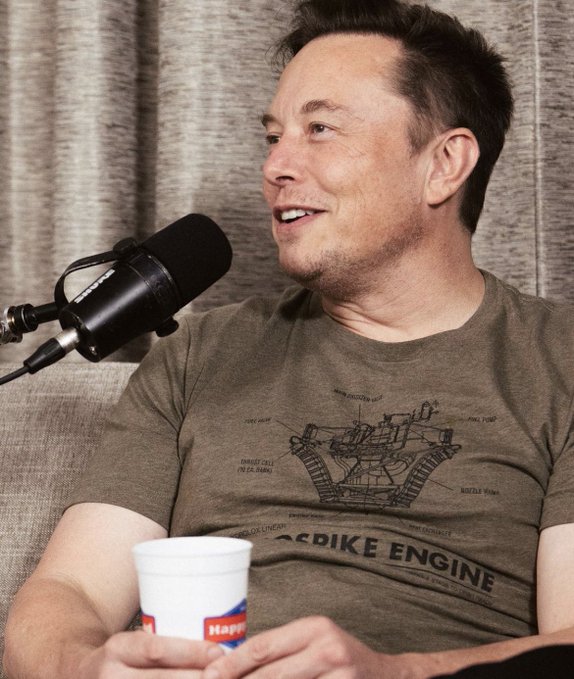 Tesla CEO Elon Musk has been known for his musings about science fiction in real life, trolling and a handful of other topics, into which he dives deep in a new podcast episode shared this week.

In a video from the Full Send Podcast shared on YouTube on Thursday, Elon Musk discusses an extremely broad range of topics, including aliens, making humans interplanetary, a challenge to Putin to UFC-style combat and predictions of a World War 3, among other things.

The three-hour podcast conversation takes a candid look at some of Musk’s ideas, with him even opening up about the existential dread he experienced when he was younger and the idea of death.

In lighter topics relating to his companies and upcoming developments, Musk also discussed the Tesla Cybertruck, SpaceX, Neuralink and The Boring Company, as well as multiple mentions of going to Mars.

Additionally, Musk discussed cryptocurrencies such as Bitcoin and Dogecoin, noting that Doge’s creation of 5 million Dogecoin per year makes it excellent for use as a transactional currency.

Musk also discussed his relationship with Twitter briefly, after he officially filed a confidential counter lawsuit against the social media company earlier this week.

You can watch the entire Full Send Podcast episode with Elon Musk below:

Tesla is gearing up for the grand opening of a new two-storey sales center at Ole Rømers Vej 11 in Ribe, Denmark on Saturday, November 26 (via @TSLA_Ownrs_DK).  Grand Opening of @Tesla’s new two-storey center in Ribe, Denmark on saturday, November 26 at 11 am at Ole Rømers Vej 11 🇩🇰⚡️ Come by and test […]
Nehal Malik
15 hours ago