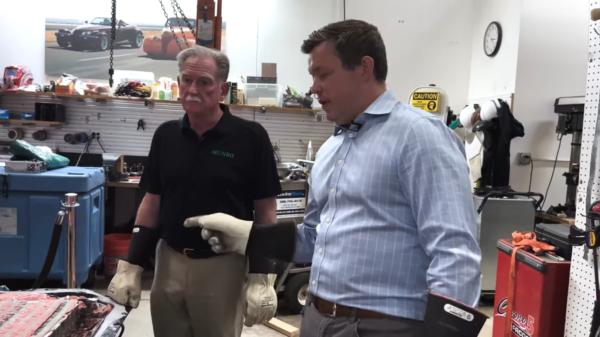 Following a video update from automotive engineers Munro & Associates showing that opening the 4680 battery cell on the Tesla Model Y was “harder than they thought,” and a few other videos depicting attempts to open the cells, the team has finally won.

After two other attempted videos on the subject, Munro & Associates have finally gotten beneath the pink foam included in the Tesla Model Y unit with 4680 batteries in the most recent video shared.

“What we have found out so far is that taking this apart is a miserable deal,” says Munro of the long-anticipated process. “I cannot begin to tell you how many hours we’ve sunk in on this thing trying to get things to pieces.”

The team had to rent a dry ice blaster to remove the pink foam on one edge of the structural pack, revealing a multi-layered metal atop the cells themselves, with aluminum on the bottom and steel on the top.

Steuben notes that there is a plastic ABS base beneath the actual 4680 cells, as well as a thin layer of mica for the purpose of external venting.

Watch Sandy Munro and Cory Steuben detail what’s beneath the pink foam in the 4680 battery cell version of the Tesla Model Y below: