SpaceX to Launch Starlink Internet in Nigeria in August 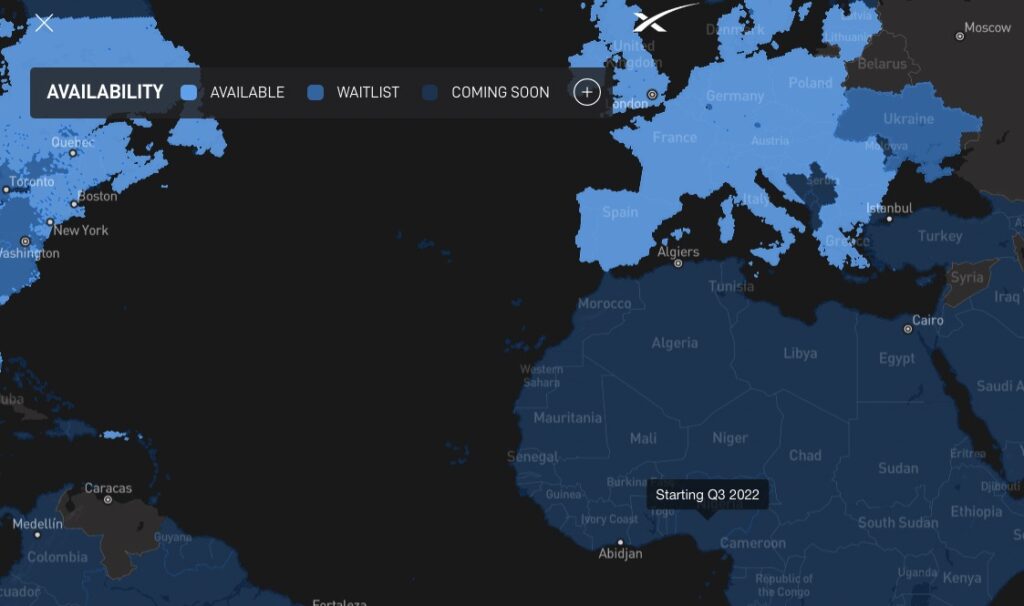 SpaceX will launch Starlink in Nigeria next month, according to CEO Elon Musk on Saturday.

Responding to a question about when Starlink would launch in Nigeria, Musk said “service turns on next month, which is same time required to deliver a user terminal.” He then directed the user to the company’s website.

According to Starlink’s global service map, the high speed internet offering is slated for Q3 of 2022, so Musk’s reply is on track it appears.

Service turns on next month, which is same time required to deliver a user terminal, so order now at https://t.co/Q1VvqV58aK

SpaceX broke its annual launch record yesterday with its latest Starlink mission, achieving 32 launches in the first six months of the year, surpassing its 2021 total.

The Starlink satellite internet service is now available in 36 countries as of Friday, according to Musk.