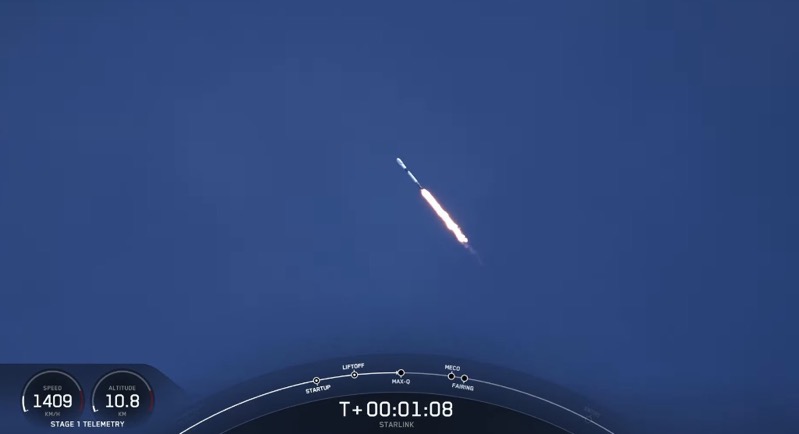 SpaceX launched its 32nd mission in 2022, setting a new record for launches in one year. Last year, SpaceX launched 31 times and in 2022, they company surpassed that today, and it’s only July.

46 Starlink satellites launched into low earth orbit today board Falcon 9 at 10:39 am PT. The first stage landed successfully on drone ship Of Course I Still Love You, marking the 56th first stage landing on the latter. Overall, today was the 125th Falcon 9 landing and 53rd Starlink mission.

Falcon 9’s first stage has landed on the Of Course I Still Love You droneship – marking SpaceX’s second launch and landing from Vandenberg in less than 12 days pic.twitter.com/LO1kdWAAKB

Check out the full replay below—Starlink satellites have yet to be deployed at their final destination but should be soon:

In early November, SpaceX announced a new Fair Use policy for its Residential customers in the US and Canada, along with all Business and Maritime customers. The new policy was set to begin in December 2022, but now SpaceX has delayed the policy, according to an update on its website. The plan would offer up […]
Sarah Lee-Jones
8 hours ago

The Federal Communications Commission (FCC) approved SpaceX to launch up to 7,500 next-generation Starlink satellites on Thursday, according to a report from CNBC. “Our action will allow SpaceX to begin deployment of Gen 2 Starlink,” said the FCC. The approval is only for part of SpaceX’s application for Starlink next-gen satellites. The company wanted 10,800 […]
Peter McGuthrie
12 hours ago