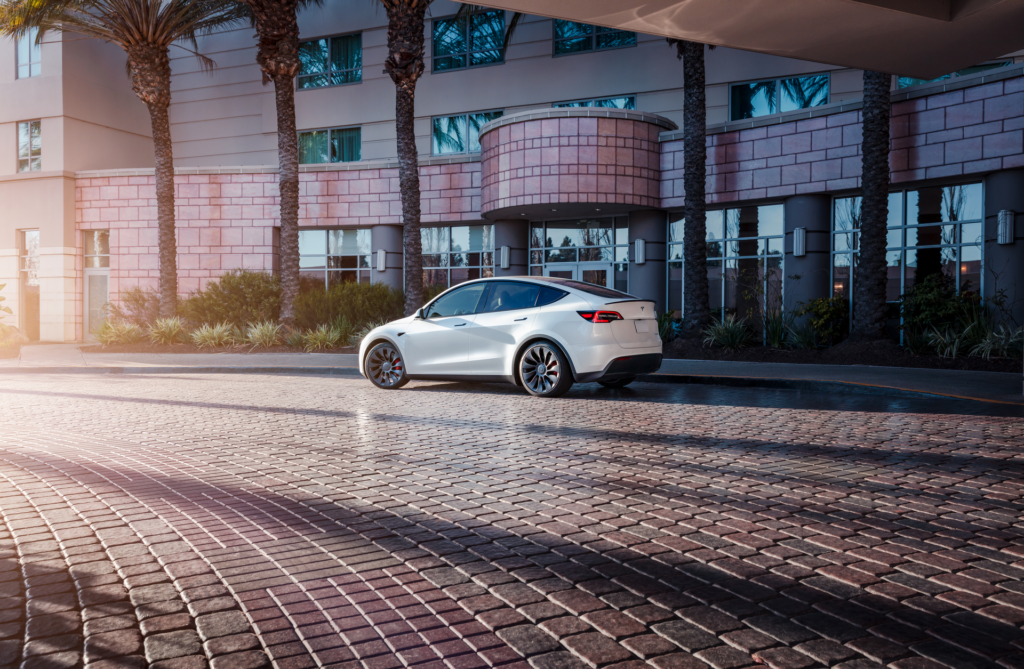 According to a new study by iSeeCars.com, Tesla’s Model Y is the fastest-selling used car in the United States at the moment.

“Both new and used car prices rose in June over May as inventory constraints continue to plague the new and used car market,” said iSeeCars Executive Analyst Karl Brauer, in a statement. “Rising interest rates and high gas prices have also heightened demand for more efficient and affordable vehicles.”

The Model Y electric compact crossover SUV took on average 24.9 days to sell, at an average price of $69,784 USD.

“The earliest delivery time for a new Tesla Model Y is January 2023 for the base model and August 2022 for the performance version, which is further elevating the demand for the used versions that just entered the used car marketplace,” said Brauer.

In third place was Ford’s Mustang Mach-E, taking on average 26.8 days to sell. Ford recently stopped taking orders for the Mach-E as the company is unable to keep up with demand.

Tesla’s Model 3 and Model X took fifth and six spots respectively, selling in an average of 27.7 and 28 days respectively.

You can check out the top 10 list of the fastest-selling used cars as of June 2022: 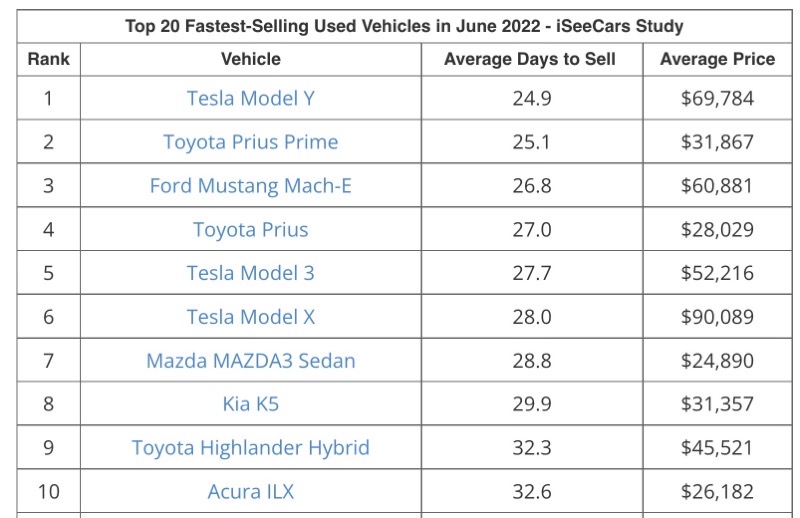 Tesla’s Model Y is the top-selling electric vehicle in the United States and other markets including China.